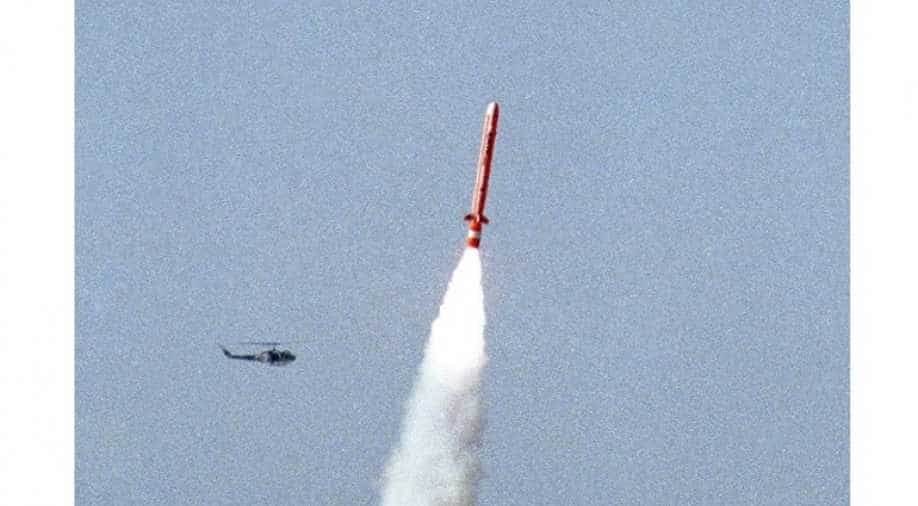 In photo: A nuclear-capable cruise missile Hatf VII Babur on 21 March 2006 at an undisclosed location in Pakistan. Photograph:( AFP )

The latest report on Pakistani nuclear forces by the Federation of American Scientists stated that the country has amassed between 130 and 140 nuclear warheads for delivery by short and medium range ballistic missiles, cruise missiles and fighter bombers.

The numbers based on commerical satellite images reflect the extent of Pakistan's full-spectrum nuclear deterrent posture. The stockpile is intended for sub-strategic use in response to conventional attacks and possible nuclear role.

The report on Pakistan's evolving nuclear weapons launcher posture shows the facilities located in Punjab, Sindh and Balochistan provinces are at a distance of 100-300 kilometres from the Indian border.

The nuclear warheads that would arm the launchers are believed to be stored at other secure facilities that have not yet been identified, the report said. But the warheads could be transported to the bases and assembled with the launchers, Hans M Kristensen, a top scientist at FAS, said.

The Akro Garrison also has a unique underground facility which could potentially be used for housing possible launchers like the Shaheen-2 medium-range missile launchers. The Khuzdar Garrison facility consists of two buildings on covered access ramps that probably provide access to an underground weapons storage and handling facility.

Security at these and other defence facilities has been a growing concern and many have been upgraded with additional security perimeters during the past 10 years in response to terrorist attacks.