Pakistan: Passenger plane crashes killing all 48 on board 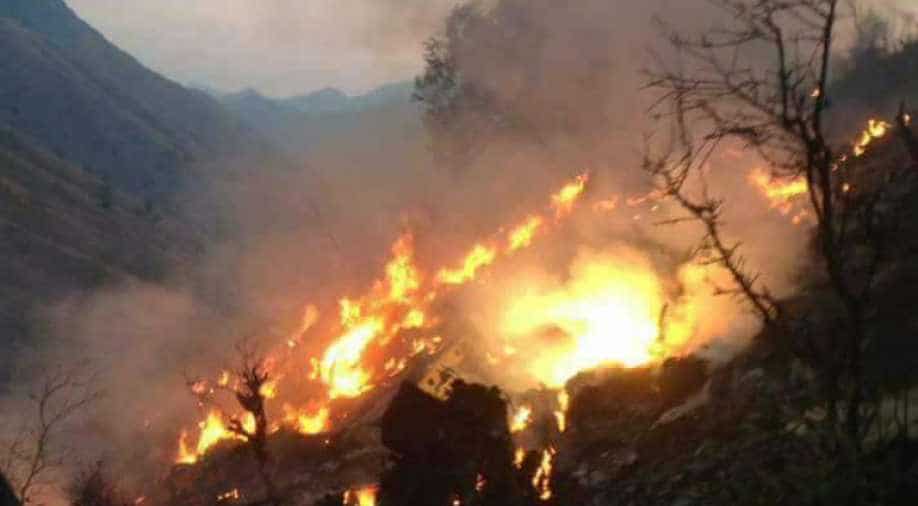 Eyewitnesses said the damage on the ground was "substantial" and that a fire was raging in the village where the aircraft crashed. Photograph:( Facebook )

All 48 passengers on board the Pakistan International Airlines flight PK-661, which crashed in the country's mountainous north and burst into flames, have died, officials told AFP on Wednesday.

"No one survived," said the Civil Aviation Authority spokesman.

His comments were confirmed by Danyal Gilani, a spokesman for Pakistan International Airlines.

Earlier in the evening, at least 36 bodies had been recovered from the site of the crash, Pakistan daily Dawn reported.

The plane was on its way to Islamabad from Chitral.

"All of the bodies are burned beyond recognition. The debris is scattered," government official Taj Muhammad Khan said, adding that witnesses told him "the aircraft has crashed in a mountainous area, and before it hit the ground it was on fire".

"The ATR aircraft flight had 42 passengers, including nine women and two infants, along with two air hostesses and three pilots," a PIA spokesperson had said earlier on Wedneday.

He said the pilot had given a 'mayday' distress call to traffic control before it went off the radar.

Eyewitnesses said the damage on the ground was "substantial" and that a fire was raging in the village where the aircraft crashed.

Pakistani singer and TV personality Junaid Jamshed and deputy commissioner Umar Waraich were likely on board the flight, DawnNews reported.

The Pakistan media reports said the flight could have crashed near Abbottabad due to engine problems.

The flight departed from Chitral around 3:30pm and was expected to land at Islamabad's Benazir Bhutto International Airport at around 4:40pm. Communication with the control tower was broken around 4:30pm, shortly before it was about to arrive at its destination, media reports stated.

The Airlines' spokesman tweeted, "we regret to inform that PIA's ATR-42 aircraft operating as PK-661 carrying around 40 persons lost its contact with control tower on its way from Chitral to Islamabad a short while ago."

Pakistan has had a poor air safety track record in recent years.

In 2012, a Bhoja Airline plane, a Boeing 737 carrying 121 passengers and six crew members, crashed near Islamabad just before landing.

The country's aviation tragedy was in 2010 when an Airbus 321 passenger jet operated by the private airline Airblue crashed near Islamabad.  All 152 people on board were killed in the accident.