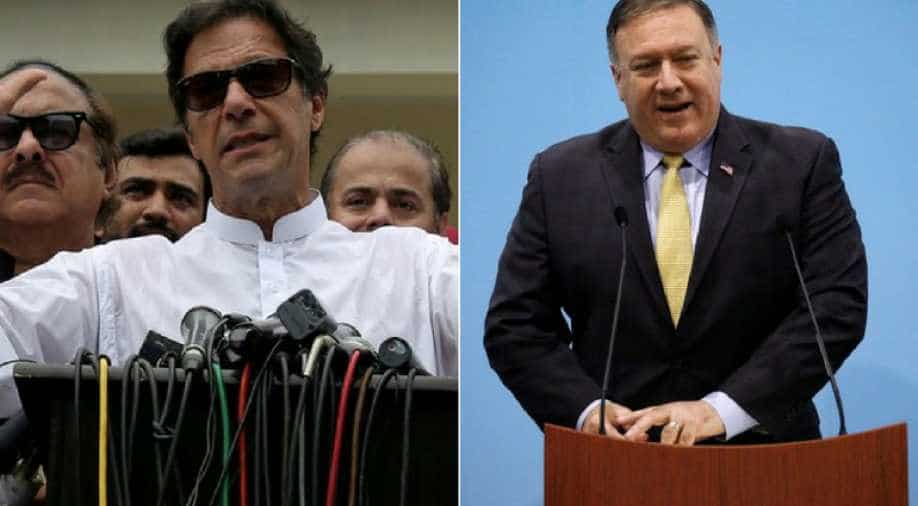 Pakistan has disputed Washington's account of a phone call between new Prime Minister Imran Khan and US Secretary of State Mike Pompeo, denying that there was any discussion on militants operating in Pakistan.

Pakistan's foreign ministry called for the United States to amend its statement, but US State Department said it stands by its account.

The row comes ahead of a planned visit by Pompeo to Islamabad in the first week of September to meet with Khan, who was sworn in as prime minister last week.

The US State Department readout of the call said Pompeo wished Khan success and also asked Khan to take "decisive action against all terrorists operating in Pakistan".

"...the impression, which was given... where they're saying that they mentioned terrorists' presence in Pakistan, that is against the reality," Pakistani Foreign Minister Shah Mehmood Qureshi said on Friday. "I'm saying it with full confidence."

US officials routinely raise the issue of Taliban and other militants operating from safe havens in Pakistan, where they plot attacks on US and Afghan troops across the border.

Pakistan regularly denies that the Afghan Taliban operates from its soil.

And overnight on Thursday, Pakistan's foreign ministry asserted that the issue of militants never came up in the phone call between Pompeo and Khan.

"Pakistan takes exception to the factually incorrect statement issued by US State Dept on today's phone call," the spokesman for the Ministry of Foreign Affairs said on Twitter.

"There was no mention at all in the conversation about terrorists operating in Pakistan. This should be immediately corrected."

However, US State Department spokeswoman Heather Nauert indicated there would be no correction in response to Pakistan's complaint.

"I can only say we stand by our readout," Nauert told a news conference on Thursday, calling Pakistan "an important partner" in the region.

"The secretary had a good call with the new prime minister and we look forward to having a good relationship with them in the future," Nauert added.

Pompeo is expected in Islamabad on September 5, and is likely to be the first foreign dignitary to meet with Khan since he was sworn in.

Khan is well known for his criticism of US military policy in Afghanistan, but he said after winning elections last week that he seeks better relations with the United States after a series of aid cuts and the suspension of US military training.