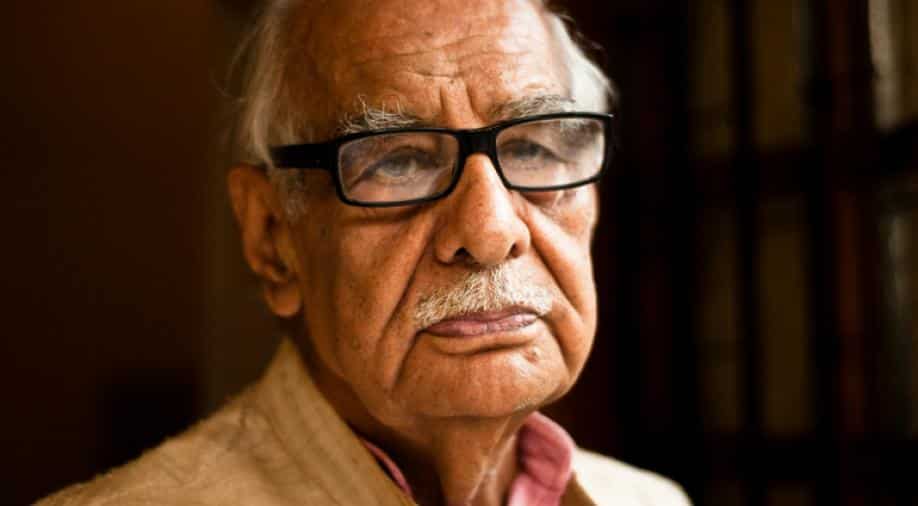 Pakistan's Minister for Information and Broadcasting, Fawad Ahmed Chaudhry expressed his grief he termed Nayyar a "pro-peace journalist". He also expressed his sympathies with the family of the late journalist.

Fawad Chaudhry said in a statement, "The deceased was a shining star of lofty journalistic traditions and used the power of his pen for ending hatred and bringing the people of the entire region closer to each other. His services as a pro-peace journalist and activist would be long remembered."

Noted for his long career as a left-wing political commentator and columns, Kuldip Nayyar passed away in New Delhi on Thursday at the age of 95. He was suffering from pneumonia.

Paying homage to Nayyar, Kovind termed him as a "determined champion of democracy during the Emergency."

"Sad to hear of the passing of Kuldip Nayyar, veteran editor and writer, diplomat and parliamentarian. His readers will miss him. Condolences to his family and associates" tweeted the President.

Remembering him as "an intellectual giant" the Prime Minister tweeted "Kuldip Nayar was an intellectual giant of our times. Frank and fearless in his views, his work spanned across many decades. His strong stand against the Emergency, public service and commitment to a better India will always be remembered. Saddened by his demise. My condolences."

Born at Sialkot which is now in Pakistan, Kuldip Nayar was a human rights activist and journalist. He graduated with a law degree from Lahore before moving to India after Partition. He served as high commissioner to Britain in 1990 and was also nominated to the Rajya Sabha in 1997.

Every year since 2000, Nayar had been leading peace activists to light candles on the Independence days of Pakistan and India on 14 and 15 August at the Attari-Wagah India-Pakistan border near Amritsar.

He had been working to free Indian prisoners in Pakistan and Pakistani prisoners in India, who have completed their sentences but have not been set free.