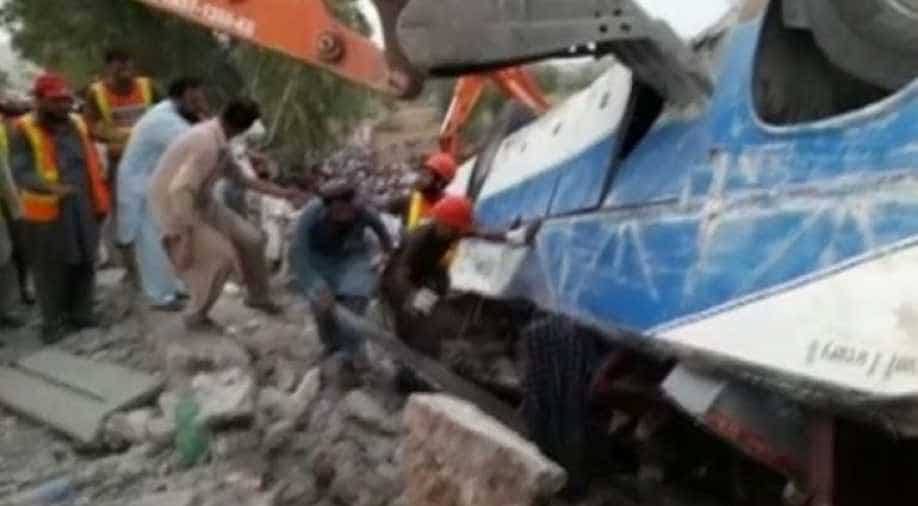 The bodies, as well as those injured, have been moved to the nearest district hospital.

A bus-tanker collision in Pakistan's northwestern district of Kohat on Saturday killed at least 20 people with nearly 35 injured.

The incident occurred when a passenger bus collided with an oil tanker on Indus Highway near Samari area of Kohat district in Khyber-Pakhtunkhwa province.

The bodies, as well as those injured, have been moved to the nearest district hospital.

According to the local police, the accident occurred as a result of overspeeding. Two women and two children are reportedly among those who were killed.

The bus was enroute to Buner city from Karachi.