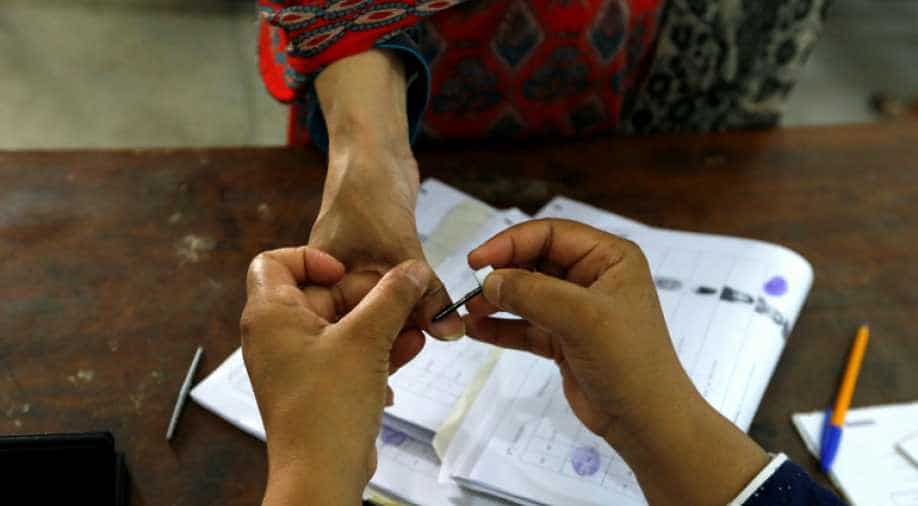 Anti-Army protests were staged in Pakistan's Punjab province over alleged rigging in the recently-concluded general elections, held on July 25.

The protesters, while rejecting "the bogus results," were heard chanting the slogan, "Ye jo dahshatgardi hai, iske peeche vardi hai (Army is behind this terrorism)."

On Monday, the workers of the Awami National Party (ANP) also held a protest in Khyber Pakhtunkhwa (KP) against the alleged rigging in elections.

Mass protests were held in Charsadda, Buner, Lower Dir, Peshawar, Nowshera and other district headquarters in the province.

Amidst allegations of rigging in the recently-concluded general elections in Pakistan, an Election Commission of Pakistan (ECP) spokesperson recently said that the same was conducted in a fair manner.

The Pakistan Tehreek-e-Insaf (PTI) emerged as the single largest party with 115 seats after the ECP on July 28 released the complete preliminary results for 270 of 272 National Assembly (NA) constituencies. However, the party fell short of the 137-majority mark.

Soon after the results were announced, a multi-party conference was called by the PML-N to prepare a strategy over the alleged rigging of the general elections.