Pakistan: 13-year-old Christian girl married off to Muslim man after being abducted 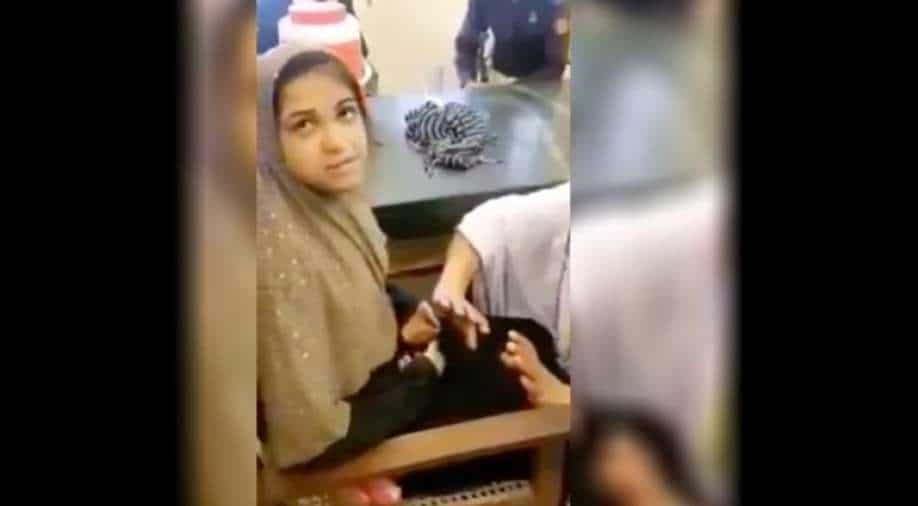 Arzoo’s parents said she is 13 years old and presented NADRA documents to support this. Photograph:( Twitter )

On Monday, a 13-year-old Christian girl’s custody was given to her husband by Sindh High Court in Pakistan

On Monday, a 13-year-old Christian girl’s custody was given to her husband by Sindh High Court in Pakistan.

According to local media reports, the girl had accepted Islam willingly, and did not claim to have been abducted or forced to marry.

In the clip shared by Pakistan’s Daily Times, the girl was seen sitting, while another woman pleaded with her.

The girl - Arzoo Raja was reportedly kidnapped from her home on October 13 in Karachi’s Railway Colony. Soon after, an FIR was registered at Sindh court.

Sindh police reached out to the family two days after the girl was reportedly abducted, and informed them that the abductor, Azhar Ali, was able to show a marriage certificate which claimed that was over 18 years old. The abductor is reportedly married with children.

Naveed Walter, the President of Human Rights Focus Pakistan (HRFP) said that minority girls belonging to Christian and Hindu groups are converted to Islam forcefully and married off to Muslim men.

Also read: Amid rising border disputes, India to get 5 military theatre commands, 1 each for China & Pakistan

According to the HRFP fact-finding team, citing October 27, 2020 proceedings of the Sindh High Court, the records of the girl were altered to make her appear as an 18-year-old. Additionally, it also displayed her statement of free will whereby she claimed to have married on her own will.

Additionally, the probe found that the girl’s photo was replaced on legal documents, a concern raised by her mother Rita.

The spokespeople for South Asian Association for Regional Cooperation (SAARC), including Pakistan, called for stricter implementation of the Kathmandu Call to Action to End Chill Marriage in Asia, which was first formulated in 2014.