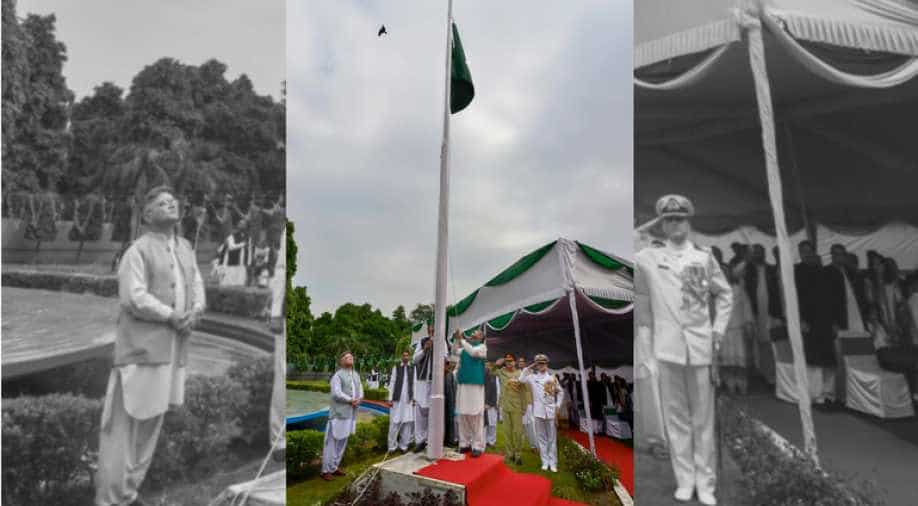 In an unusual move, Pakistan President Mamnoon Hussain in his Independence Day address, raised the issue of alleged rigging in the July 25 elections and asked the election commission to look into the complaints of political parties to make the poll process "fully transparent".

Addressing an official function held at the Jinnah Convention centre here to commemorate the country's 72nd Independence Day, Hussain said it is crucial for the country to make state institutions powerful and independent.

Various political parties have alleged that elections won by Pakistan Tehreek-e-Insaf of cricketer-turned-politician Imran Khan were not fair and demanded a probe.

The PML-N came second in Pakistan's National Assembly with 82 seats compared to Khan's PTI which emerged as the single largest party with 158 seats in the 342-member lower house.

President Hussain said the elections and celebration of Pakistan's Independence Day were held in close proximity which "is a reminder that the way this country had come into being with the people's will, in the same manner, the decisions regarding its fate will be made through the vote."

He said the polls were organised under new laws enacted by the previous government to make the Election Commission of Pakistan (ECP) powerful and independent.

He said there is a complete unity in the country to make the process of elections "fully transparent" and the previous elected representative made laws to empower the ECP.

"But if some groups express disquiet over the issue of elections despite the efforts to make them transparent, then it is the responsibility of the ECP to pacify them and took such steps that voters should be confident that decisions about matters of state would be accepted and implemented," President Hussain, who is set to complete his term next month, said.

He called upon the international community to raise its voice to get the Kashmiri people their "due rights".

Caretaker Prime Minister Justice (retd) Nasirul Mulk said August 14 was a reminder of the "epic democratic struggle of our forefathers" to secure a separate homeland for Muslims of the sub-continent where they could fashion their lives in accordance with their religious, cultural and social values.

He urged the nation to follow the principles of "unity, faith and discipline" to overcome challenges and make Pakistan a self-reliant, economically vibrant and a prosperous country.

Pakistan celebrates August 14 as the Independence Day which marks the transfer of power by last British viceroy to the new government of Pakistan in Karachi.

The day-long festivities began with special prayers in mosques and the hoisting of the national flag at all important public buildings in the country, which have been decorated with bunting and lights.

To mark the day, a 31-gun salute was held in the capital, followed by 21-gun salutes in all four provincial capitals.

At the main ceremony held at the Jinnah Convention Centre, President Hussain hoisted the national flag.

The ceremony was also attended by Prime Minister Mulk, the three chiefs of the armed forces and other notable personalities and foreign dignitaries.
Flag hoisting ceremonies were held in the provincial capitals as well as district headquarters.

Change-of-guard ceremonies were also held at the mausoleums of Quaid-i-Azam Muhammad Ali Jinnah and Allama Iqbal in Karachi and Lahore, respectively.