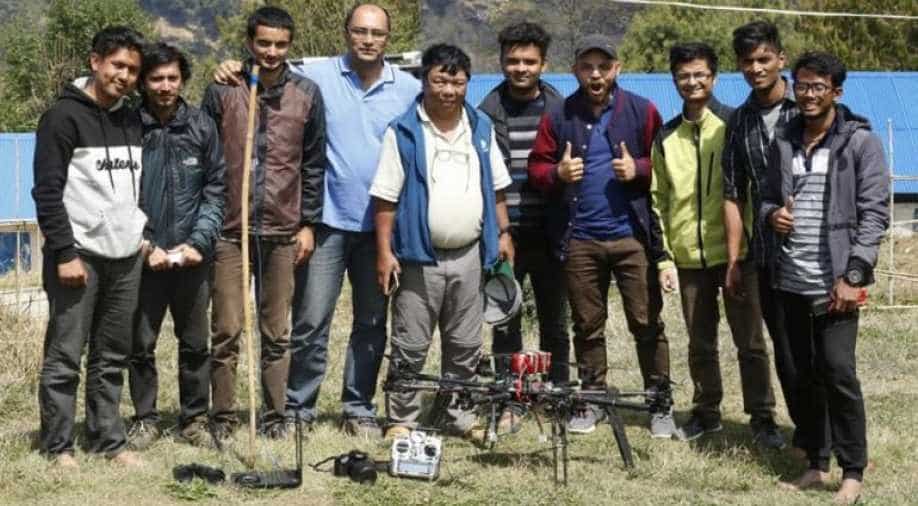 Magsaysay Prize winner Mahabir Pun of Nepal has set out to achieve a task that can aptly be described as a breakthrough in the field of wireless technology.

Pun's National Innovation Center (NIC) empowers Nepal's young engineers and technology enthusiasts to put their knowledge to practice, ideate and innovate. Pun's new initiative involves a group of young, driven engineers who have successfully constructed a medicopter prototype -- drones that will be deployed to deliver medicines to remote, rural areas of Nepal.

The drone is named 'Puspak' after the name of the flying machine used by Ravana in the mythological tale of Ramayana.

One of the earliest of Pun's pilot projects includes a telemedicine programme that aimed at connecting rural Nepal with certified doctors and hospitals in Kathmandu for better healthcare.

Pun's only aim is to channelise the youth of the country and create innovative technological inventions that can not only make the lives of Nepalese easy but also more productive. His idea is to catapult the nation to the path of economic growth and prosperity over letting the young go to waste or have them leave the country only to add value to some other nation.

63-year-old Pun is a University of Nebraska graduate. The medicopter prototype built to deliver medicines is just one of the small steps Pun and his team managed to take fighting challenges like financial instability and lack of optimum support and funds from the government.

His vision is much greater than simply empowering Nepal digitally in an era that comes up with technological innovations every minute.