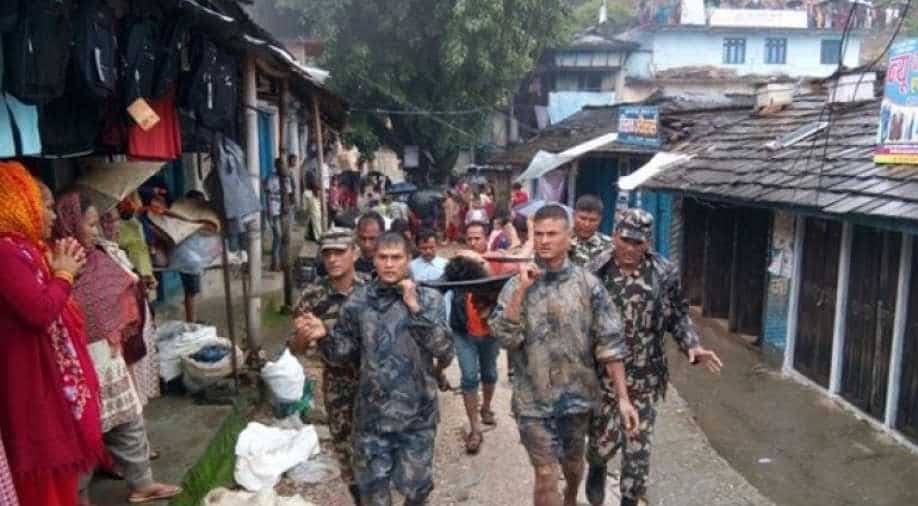 As many as 17 houses in the area are in danger of landslide.

"We were able to recue one person alive. His name is Lal Bahadur Lohar but his wife and two children succumbed to their injuries by the time we found them," Chief District Officer Lalit Kumar Basnet told ANI over phone.

As per information, Lohar and his family were living in the house on rent, which was located on the road leading to Pani Naula from Thanti Bazar. Besides Lohar's family, the house owner Tirtha Raj Bohara's daughter and five other people were killed in the incident.

"The death toll is nine as of now and we have halted the search and rescue for now as it is dark here. A total of two houses were swept by the landslide," Basnet added.

"Other four children between the age group of 1-13 years are missing after the landslide swept away another house in the same area. The house belongs to Gopal Sunar," Basnet said.

As many as 17 houses in the area are in danger of landslide, Basnet added.

The personnel from Nepal Police, Nepal Army and the Armed Police Force are being mobilised to expedite the rescue efforts along with locals extending their support.