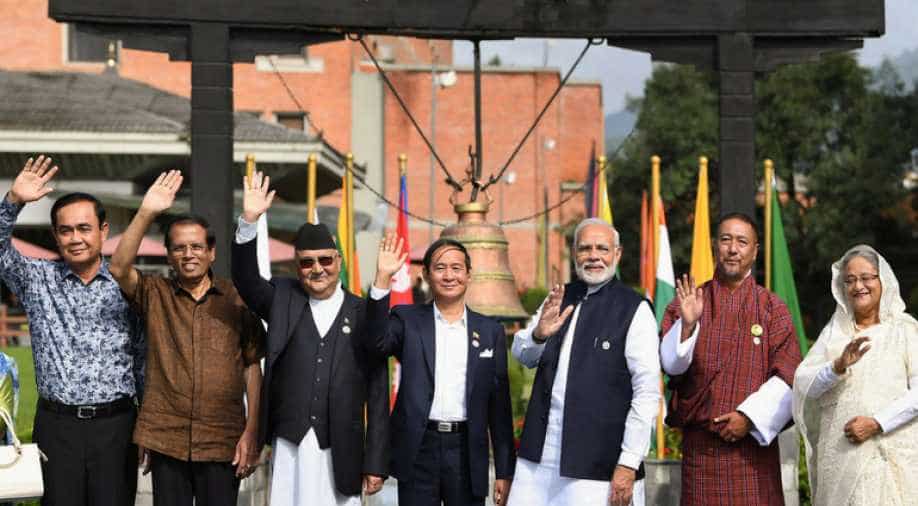 Prime Minister Narendra Modi and the top leaders of other BIMSTEC member states attended the two-day summit in Kathmandu.

"With a commitment by PM @narendramodi and other leaders to reinvigorate the BIMSTEC process, the #BIMSTECSummit in Kathmandu came to a successful close," Ministry of External Affairs spokesperson Raveesh Kumar tweeted.

Prime Minister Oli, the current chair of the BIMSTEC, presented a draft of the Kathmandu declaration which was unanimously adopted by the member states.

Addressing the closing session, Oli said that collective wisdom, thought and vision on the goal of peaceful, prosperous and sustainable Bay of Bengal region is eloquently captured in the Kathmandu declaration.

A Memorandum of Understanding was also signed on establishment of the BIMSTEC Grid Interconnection to enhance energy cooperation among the member states.

Oli congratulated Sri Lanka for assuming the role as new host for BIMSTEC and extended thanks to the heads of states/governments of member states for their support in materialising the summit with success.

The BIMSTEC is a regional grouping comprising India, Bangladesh, Myanmar, Sri Lanka, Thailand, Bhutan and Nepal. The grouping accounts for 22 per cent of the global population, and has a combined gross domestic product of USD 2.8 trillion.