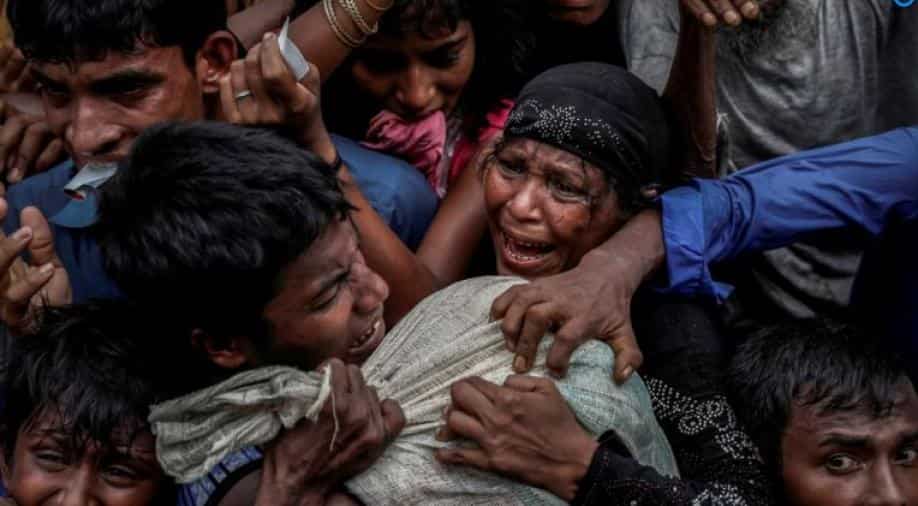 File photo of Rohingya refugees at a camp in Bangladesh. Photograph:(Reuters)
Follow Us

A book written by Myanmar's army on the history of the minority community of the country, Rohingyas, presents "fake" photographs of the people.

The book titled as Myanmar Politics and the Tatmadaw: Part 1, pictures Rohingyas as illegal immigrants and traces their history in the country's western region.

It also denies reports of mass killings, rapes and arson of the Rohingyas and blames the "Bengali terrorists" for the crackdown.

Reuters, however, claims that the picture was taken during Bangladesh's 1971 war for independence when over thousands of Bangladeshis were killed by Pakistani troops.

A caption of another picture says "Bengalis intruded into the country after the British colonialism occupied the lower part of Myanmar".

According to Reuters, the picture was a black and white version of a colour image taken in 1996 of refugees fleeing the genocide in Rwanda.

UN investigators recently&nbspfor the prosecution of Myanmar's army chief&nbspfor genocide against the Rohingya Muslim minority after a ferocious army crackdown on them drove more than 700,000 Rohingya into Bangladesh.

The United Nations, on March 6, 2018, called the crackdown "ethnic cleansing".

"Myanmar is continuing its ethnic cleansing of the Rohingya with a campaign of terror and forced starvation in Rakhine state," it said.