More than 20,000 civic workers on indefinite strike in Indian capital over pending pay 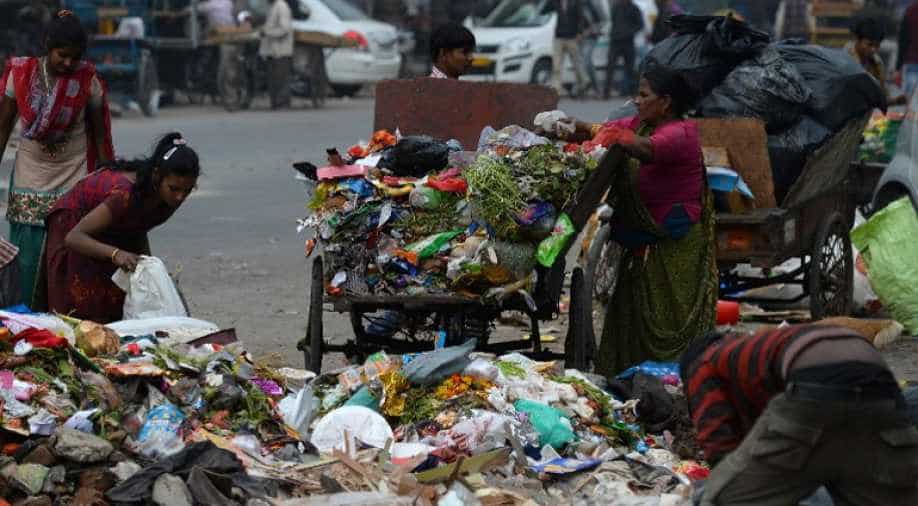 More than 20,000 sanitation workers in India's capital Delhi are on an indefinite strike in protest against the delay in the payment of their salaries.

The civic workers in east Delhi have gone on an indefinite strike since January 7 even as the city faces a sanitation crisis. The are demanding three months' pending salary and better working conditions including health cards.

Huge mounds of garbage ? with plastic, food waste and even hazardous medical waste ? are piling up in almost every corner in the eastern parts of New Delhi.

WION visited a street in Laxmi Nagar in east Delhi, a densely populated suburb, infamous for its traffic. Despite the strike call, private garbage collectors, not associated with the Municipal Corporation of Delhi (MCD), continue to go about their jobs. There are no masks or gloves for the silent workers.

"What's the point of wearing a mask? It tears off soon anyway," a worker said.

Delhi has a provincial government led by the Aam Aadmi Party, but the civic body is lead by its rival Bharatiya Janata Party (BJP).

The municipality has accused the provincial government of non-payment of funds.

The political rivalry continued to play out with workers also dumping garbage outside the office of Delhi's deputy chief minister Manish Sisodia.

Delhi's recently appointed lieutenant governor, Anil Baijal took stock of the situation and went for a cleanliness check on Sunday.

East Delhi alone generates close to 2500 tonnes of garbage every day. Its residents are worried about the health hazards that the rising garbage piles could cause.

Sandeep Verma's tiny shop is just across the road from the Laxmi Nagar garbage dump.

"Accidents take place here when the garbage spills over to the road," he said.

For the last two years, residents in India's capital have faced several episodes of a garbage disposal crisis due to the workers' strike. And with civic body elections due in the capital within months, the citizens will desperately hope to find a political solution to the garbage mess.

India's capital New Delhi is once again facing a garbage and sanitation crisis as the civic workers who clean up the city's garbage are on an indefinite strike demanding their salaries. The result, mounds and mounds of garbage in neighborhoods (WION)