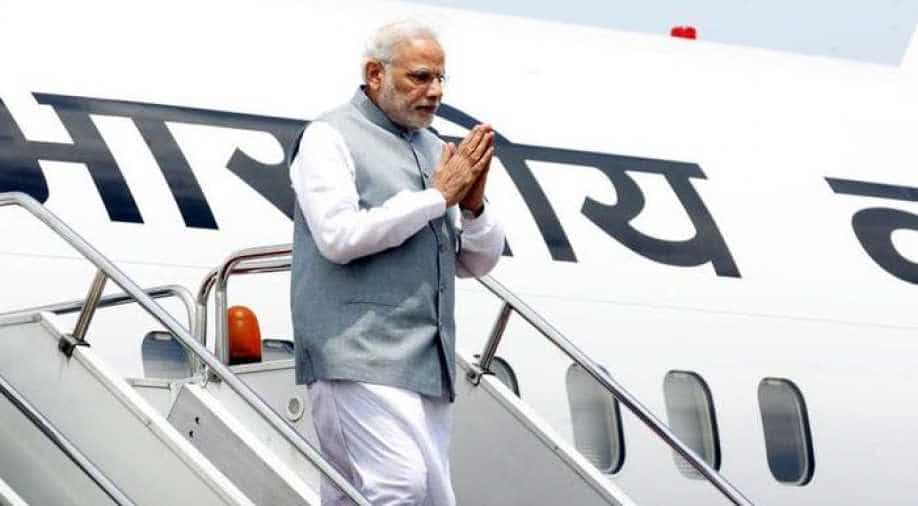 Prime Minister Narendra Modi arrived here in the Spanish capital today on the second leg of his six-day, four-nation tour aimed at boosting bilateral economic engagement with them and inviting more investment for India's transformation.

"Landed in Spain, marking the start of a very important visit aimed at improving economic and cultural relations with Spain," Modi tweeted in English and Spanish after landing here.

Landed in Spain, marking the start of a very important visit aimed at improving economic and cultural relations with Spain. pic.twitter.com/xXOuuZv9tl

Modi's visit to Spain will be first visit by an Indian prime minister since 1988.

"Hola Espana! Prime Minister Modi arrives in Madrid, first visit by an Indian Prime Minister in nearly three decades, is received by Spanish FM in a special gesture," said Gopal Baglay, spokesperson for the Ministry of External Affairs in a tweet.

Modi will hold discussions with his Spanish counterpart Mariano Rajoy on ways to deepen bilateral engagement, including in the high-tech sector. Modi will also call on King Felipe VI of Spain.

"He (Modi) would also have a round-table interaction with leading Spanish business leaders who are keen to invest in India. Prime Minister's visit to Spain will add further strength to the existing warm and friendly India-Spain bilateral ties," the Ministry of External Affairs had said in a statement.

From Spain, he will travel to St Petersburg in Russia on June 1 where he will hold the 18th India-Russia annual Summit with Russian President Vladimir Putin and attend the St Petersburg International Economic Forum the next day.

The prime minister will be in Paris on June 2 and 3 where he will hold official talks with newly elected French President Emmanuel Macron with a view to further strengthening India-France strategic ties.

Earlier in the day, Modi and German Chancellor Angela Merkel held the fourth Inter-Governmental Consultations (IGC) during which the two leaders reviewed the entire gamut of bilateral relations and the two sides inked 12 agreements/Memorandum of Understandings (MoU).