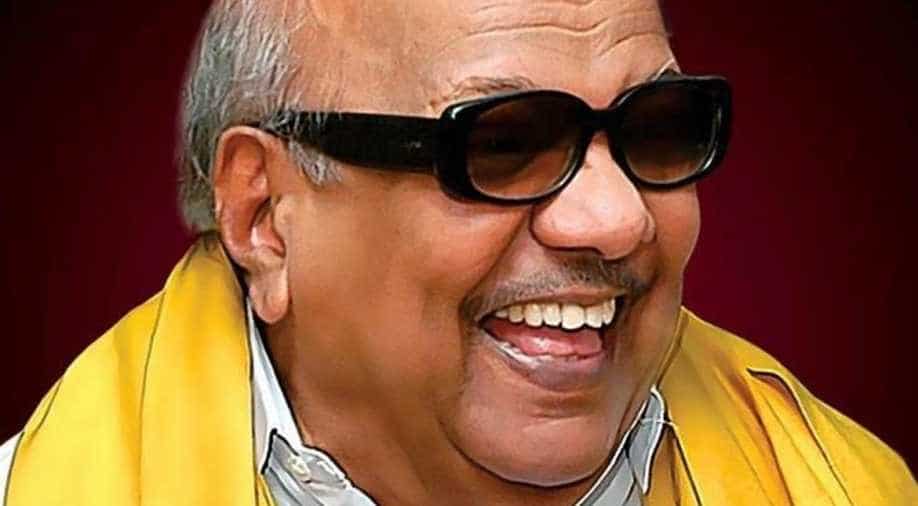 Sri Lankan President Maithripala Sirisena, his predecessor Mahinda Rajapaksa and several other political leaders in the country have expressed sorrow at the demise of former Tamil Nadu chief minister M Karunanidhi by recalling his contributions to cinema and politics.

The 94-year-old leader, a five-time chief minister of Tamil Nadu, breathed his last at Kauvery Hospital in downtown Chennai at 6.10 pm yesterday after waging a grim battle for life for 11 days.

Sri Lanka's incumbent President Sirisena and his predecessor Rajapaksa in tweets said they were saddened by the death of the veteran Tamil Nadu leader.

"The death of M Karunanidhi, former Chief Minister of Tamil Nadu and a senior politician, deeply disturbed me. I express my deepest sympathy for everyone, including his family and supporters who have been saddened by the loss of Anna," Sirisena tweeted.

Prime Minister Ranil Wickremesinghe said that he had spoken with M K Stalin over his father's health.

"His contributions to Tamil literature, cinema and politics are unparalleled. I join the millions of people who are mourning. My deepest condolences to the family and people of Tamil Nadu," Rajapaksa tweeted.

"But he could have further pressured Delhi to prevent the massacre in Mullaivaikkal (the scene of the final battle between the government troops and the LTTE)," Wigneswaran said.

During the Rajapaksa presidency, Karunanidhi was not seen in favourable light by Colombo for his pro-LTTE stand. In the 1980s during the LTTE's formative years, Karunanidhi was accused of supporting them by Sri Lankan leaders.

The main Muslim party leader Rauff Hakeem tweeted, "His contribution as an artiste and a political ideologue would remain unmatched. This brings an epochal phase in Tamil Nadu political history to a close".