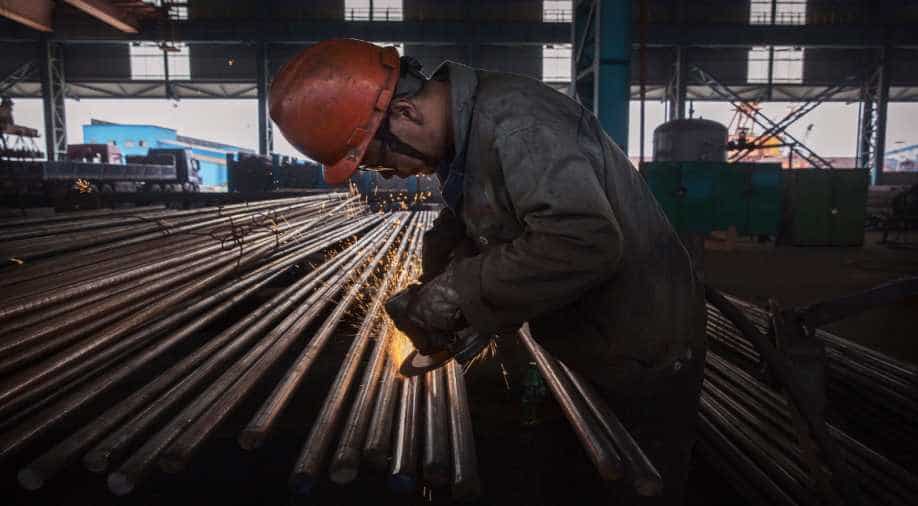 As per government data, steel imports declined by 41 per cent to 0.546 million tonnes (MT) in May this year compared to the year-ago period. This was triggered by MIP and other measures like safeguard and anti-dumping duty Photograph:( Getty )

Follow Us
One of the world's oldest running photo studio 'Bourne and Shepherd' has closed shop after 176 years of rich legacy, finally succumbing to the advent of digital technology.

Established in central Kolkata's Esplanade area in 1840 by famous British photographers William Howard, Samuel Bourne and Charles Shepherd, the studio was regarded as the oldest running photographic studio in the world.

"We closed it on Thursday. Things are not the same anymore. Technology has changed and I have grown old. How will I run it," the studio's owner Jayant Gandhi said.

Now in his seventies, Gandhi said he would try his best to preserve the studio archives equipment and the old camera used by the legendary photographers.

A landmark in heritage map of the Raj-era Kolkata, the four-storeyed Gothic structure which housed the studio now wears a deserted look, but was once a hotbed of activities with visitors like Oscar winning film director Satyajit Ray and nobel laureate Rabindranath Tagore.

Known for its portrait images, even the well-known Hindu religious leader Sree Ramakrishna Paramhansa was clicked by them besides many Britishers.

Famed as the chronicler of the bygone British era, some of the most precious works of the studio now grace the walls of the Smithsonian group of museums in Washington, National Portrait Gallery in London, Cambridge University Library and National Geographic Society.

Bourne and Shepherd were the official photographers for the 1911 'Delhi Durbar' after which they received the title of 'Kaiser-e-Hind?.

Prem Shankar Prasad, who left the studio in March after working there for three decades, said business was very poor and it was tough to run it financially for the owners.

"How can you expect that a studio can operate in this generation where everyone is clicking photos from their mobiles and digital cameras? People don't even want to take a print out of it and they just post it on Facebook," said another ex-employee of the studio.

The decay in the heritage institution had, however, started to set in much before the advent of digital technology. A fire in 1991 not only broke the studio financially, but also destroyed pieces of history stored in the building in the form of negatives.

Only a handful of some of those oldest frames and glass negatives are now left in the hands of the studio which has changed many owners in its long history.