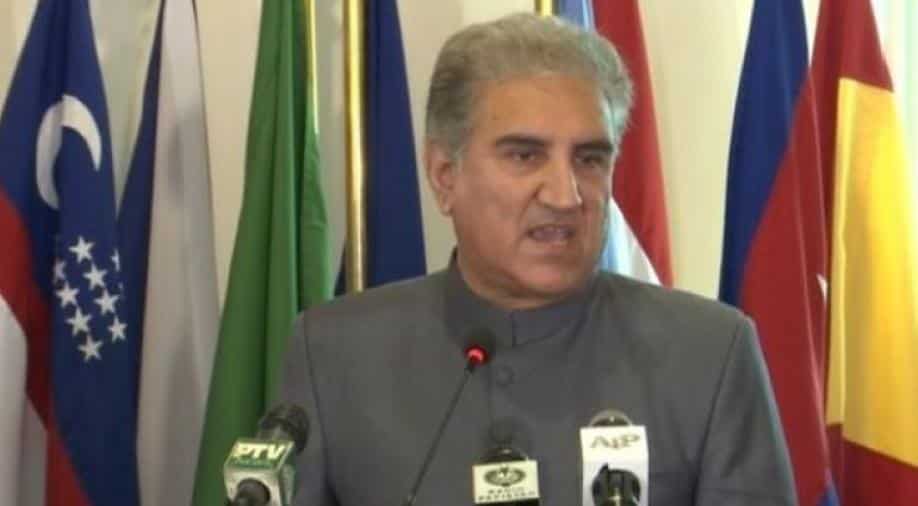 These anti-India, pro-Khalistan Sikhs have written to Foreign Minister Shah Mahmood Qureshi to help in furthering their agenda.

These anti-India, pro-Khalistan Sikhs have written to Foreign Minister Shah Mahmood Qureshi to help in furthering their agenda.

The legal advisor of US-based Sikhs for Justice (SFJ), Gurpatwant Singh Pannun wrote to Qureshi: "We are writing to urge to you issue 100,000 visas to the Sikhs for participation in the 550th year celebrations of Sri Guru Nanak Dev Ji. SFJ with the backing of the global Sikh community offers to bear the travel, boarding and lodging expenses of 100,000 pilgrims visiting Pakistan from Punjab".

The pro-Khalistani Sikhs based in the West are now cashing on the religious sentiments of the Sikh pilgrims by offering them a free ride to Pakistan.

It is interesting that SFJ has access to resources to pay all expenses of one lakh Sikh pilgrims.

2019 marks the 550th birth year of the first Sikh Guru, Sri Guru Nanak Dev and Sikhs around the globe are looking forward to participate in the auspicious celebration events to be held in Pakistan, the land where Sri Guru Nanak Dev was born and breathed his last.

The SFJ is working on Pakistan's anti-India propaganda by promoting its pro-Khalistan agenda. Calling itself as human rights advocacy group, the organisation is leading the secessionist movement 'Referendum2020' for Punjab.

SFJ has been under the watch of Indian security agencies after its London rally in August in support of Referendum 2020.

The Indian government has strongly protested against the British government permitting SFJ to hold anti-India rally in London.

"We welcome and appreciate the Government of Pakistan's offer to establish Kartarpur Sahib Corridor Gurudwara for the purpose of granting access to the Sikhs from Punjab during the 550th birth year celebrations of Sri Guru Nanak Dev Ji," he wrote.

India fenced its 461 kms of Punjab's border with Pakistan to stop incidents of cross-border terrorism and anti-national acts from across the border.

However, Pakistan wishes to get access to Indian Territory by getting an access and allowing its proxies to infiltrate.