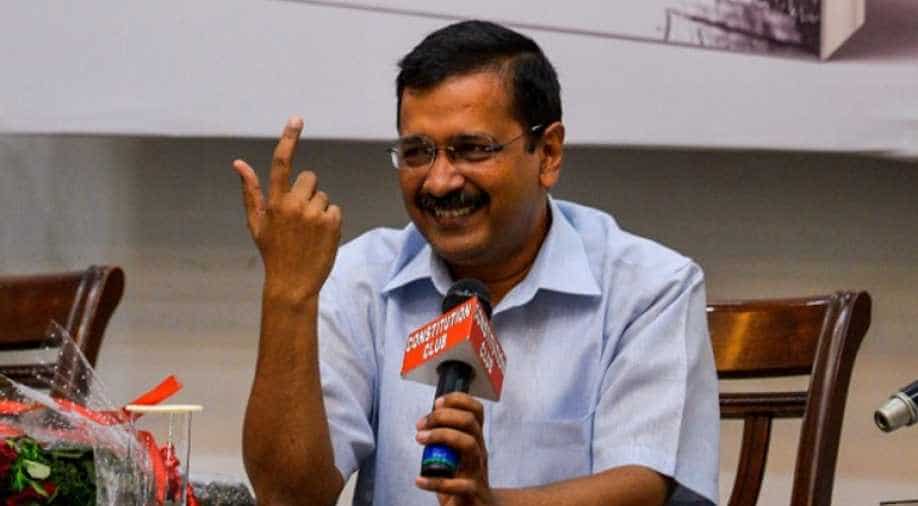 Delhi chief minister Arvind Kejriwal and India's Prime Minister Narendra Modi have been at odds over the autonomy of Delhi government. Photograph:( AFP )

Delhi chief minister Arvind Kejriwal may be infused with more administrative power after India's highest court observed that elected governments need to have "some power" to function.

Kejriwal has routinely complained about the lack of power his administration enjoys despite him helming the Delhi government.

One of the judges in the Supreme Court -- which is hearing the case -- remarked: "An elected government should have some power to run, otherwise the government cannot function."

Under the current system, the Lieutenant Governor (LG) is the administrative head of National Capital Territory of Delhi and the Kejriwal administration has to seek his authorisation to implement all policies.

But Kejriwal and his party Aam Aadmi Party has blamed LG Najeeb Jung of being partisan towards the federal government, which is led by Narendra Modi's Bharatiya Janata Party (BJP).

Differences between Kejriwal and Jung became public when the Delhi chief minister opened a raft of corruption-related inquiries without getting an approval from the LG. A senior BJP leader Arun Jaitley was named in one of the inquiries for his alleged involvement in Delhi and District Cricket Association illegalities.

The Delhi autonomy case was then heard at an Indian high court, which ruled in August 2016 that Delhi would continue to remain a union territory. That meant all the investigation commissions were scrapped as the LG refused to sanction the investigations.

The demand for more autonomy has been a bugbear for past Delhi governments too, with several cases of rifts between LGs and the chief minister.