J&K: One dead, 5 injured in terrorist attack on CRPF convoy in Srinagar 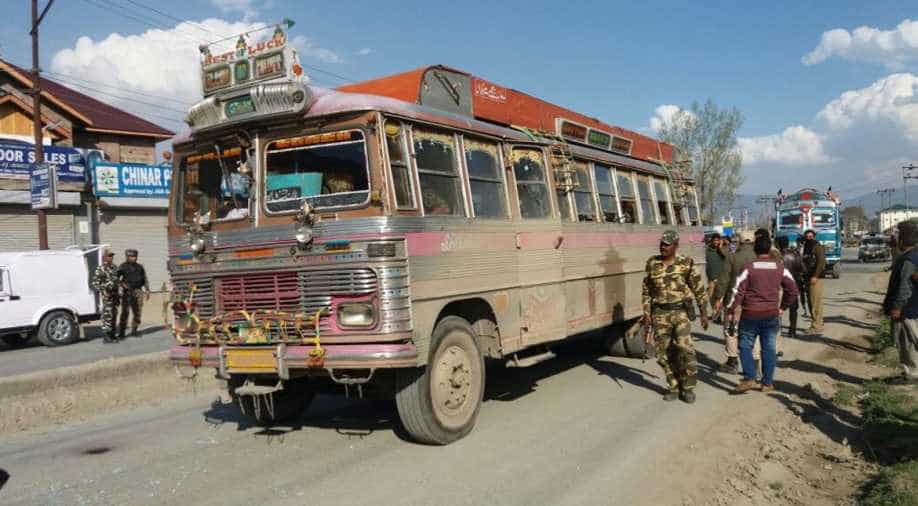 The CRPF bus which was attacked by militants in Srinagar. Photograph:(Zee News Network)
Follow Us

A soldier of India's Central Reserve Police Force (CRPF) died and five others were injured after terrorists attacked their convoy in Srinagar on Monday.

Six soldiers were initially injured. One CRPF jawan later succumbed to his injuries

A girl was also injured in the incident.

Our companies wr going frm Jammu to Srinagar, were fired upon by terrorists, 6 personnel injured&taken to the hospital: B Chaudhary,PRO,CRPF pic.twitter.com/0DKBEv0FY0

The CRPF said the companies were on their way from Jammu to Srinagar when the terrorists opened fire on them.

The injured were taken to hospital, the CRPF's Public Relations Officer (PRO) B Chaudhary said.

Yesterday, a policeman died and at least 11 security personnel were injured in a grenade attack by militants in the city.

The attacks come at a sensitive time when separatists in the Valley have called for a boycott of elections, the CRPF further said.

"It's a sensitive time, Separatists have called for boycott of elections. We are on high alert. CRPF is doing its duty," the PRO said.