India: Over 24 children killed as school bus collides with truck in Etah 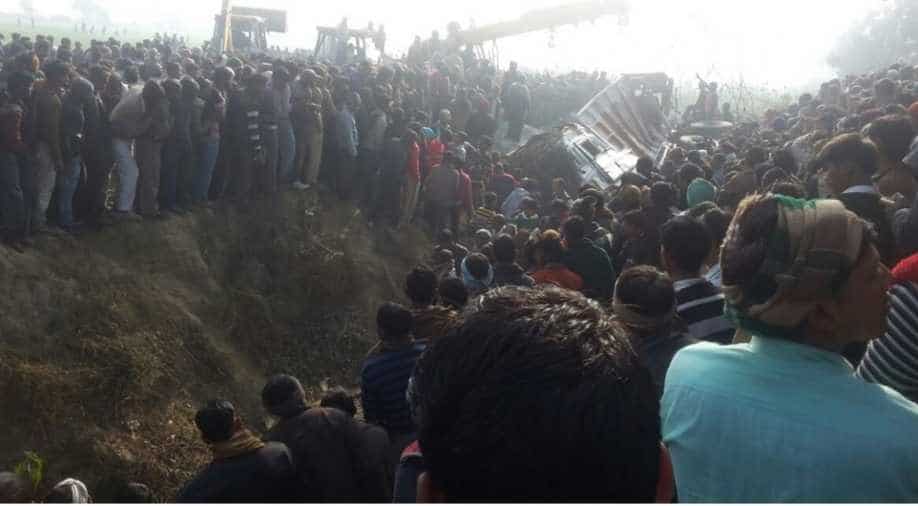 The accident happened when a bus collided with a truck leaving 40 injured.?Action will be taken against the school as it was open against the order of district administration to close schools due to cold. Photograph:( ANI )

Over 24 school children were killed in a road accident in India's northern Uttar Pradesh state's Etah district on Thursday.

The state's Director General of Police, Javeed Ahmed initially feared 15 children were dead. Some are still trapped under the bus.

The children were in the age group of 10-15 years.

The accident happened when a bus collided with a truck leaving 40 injured.

Ahmed said, "The school was open against the order of district administration to close schools due to cold."

"Strict action will be taken against the school," added.

The rescue operation is underway.

Prime Minister Narendra Modi offered condolences to the victims family and prayed for speedy recovery of the injured.

Anguished by the tragic accident in UP’s Etah district. I share the pain of the bereaved families & condole passing away of young children.

I pray that those injured in the accident in Etah recover at the earliest.