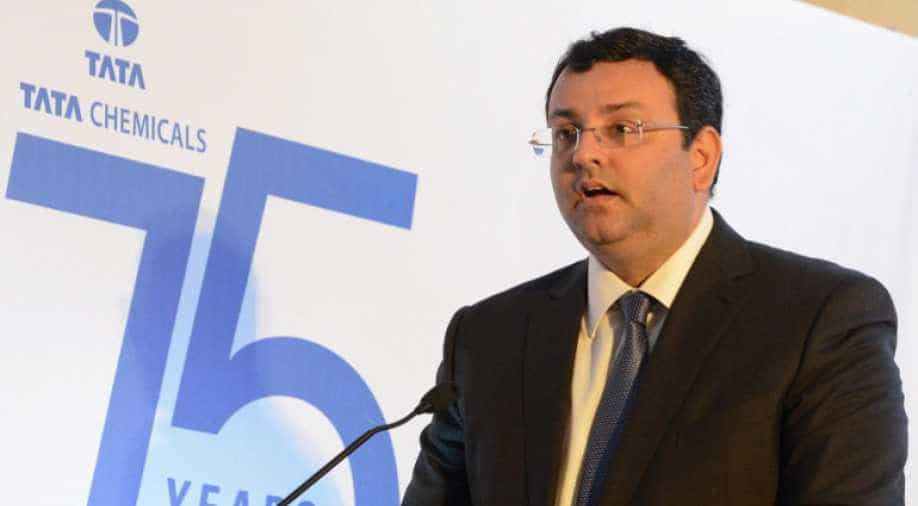 While Mistry, 48, did not specifically say he was resigning from either Tata Sons, where he still continues as a director despite being removed as chairman, or from the operating firms, sources close to him said he has quit. Photograph:( AFP )

Mistry in a video recorded message said, Having deeply reflected on where we are in this movement for cleaning up governance and regaining lost ethical ground, I think it is time to shift gears, up the momentum, and be more incisive in securing the best interests of the Tata Group."

With this thought in mind he added "he decided to shift this campaign to a larger platform and also one where rule of law and equity is upheld".

Mistry's resignation comes ahead of meetings tomorrow called by five Tata companies --Indian Hotels, Tata Steel, Tata Motors and Tata chemicals to oust him as director from the boards.

The former chairman continued to sit on boards of the operation firms despite being replaced as chairman of Tata Sons on October 24 by the groups patriarch Ratan Tata.

Mistry again brought up "breakdown of governance" and questioned released of more fund to airline Air Asia under interim chairman Ratan Tata even after "findings of fraud and wrong-doing".

"It has now been eight weeks, waiting for concrete reasons to be provided by Mr. Ratan Tata for the illegal coup he staged on the 24th of October. Nothing cogent has been forthcoming," he further added.

India Hotels, Tata Motors and Tata Steel said Mistry has resigned from their respective boards with immediate effect. While
Tata Consultancy Services has already cast a vote to remove him, two other unlisted firms have also removed him from the board.

Tata Sons slammed Mistry claiming his resignation was a "a deliberate strategy" as he knew that majority of the shareholders were not in favour of his actions.

"Mr. Mistry's resignation is a deliberate strategy on his part, knowing fully well that the overwhelming majority of the shareholders were not in support of his actions," Tata Sons said in an official statement.

"Unfortunately, Mr Mistry continues to make baseless, unsubstantiated and malicious allegations using selective disclosures of information against the very institution he claims to have the highest regard for," refering to the accusations labelled by Mistry.

Defending the companies value, Tata Sons hit back saying "On the contrary, Mr. Mistry and his family companies have not upheld the high standards and values set by Jamsetji Tata and his successors. Mr. Mistry has done precious little to build the goodwill of the Tata Group, built through the hard work and dedication of its employees."

Mistry has been a director of Tata Sons since 2006 and was involved in all key decision related to Tata Group.

"It is unfortunate that it is only on his removal as chairman that he began making allegations and misrepresentations about business decisions he was party to for over a decade," the group stated.