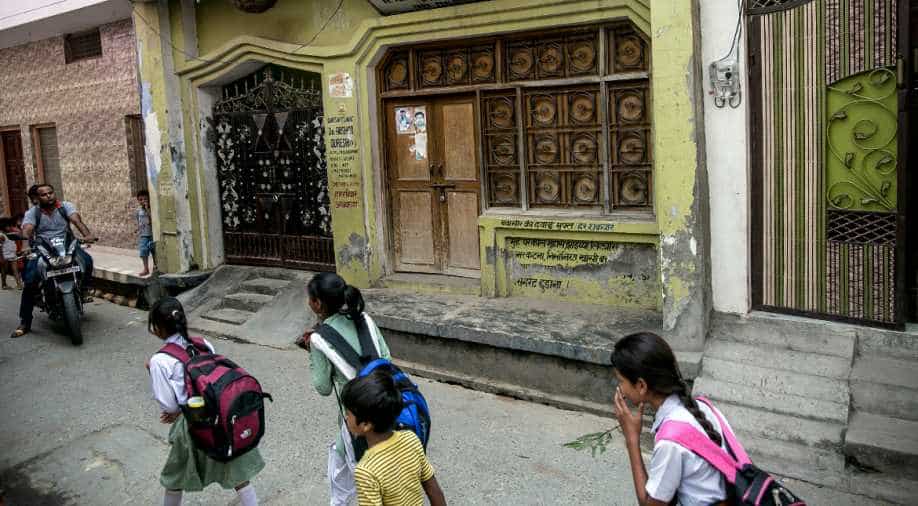 The girls who were allegedly raped were between the age of 12 and 14. (Representative image) Photograph:( Getty )

Twelve tribal girls were allegedly raped by teachers and headmaster of a private boarding school in India's western state of Maharashtra.

All the girls were aged between 12 and 14. They have been sent to a hospital in Akola district of the state.

The police said the number of the girls who were raped could be much more.

Tribals make up for a little over eight per cent of India's population, according to 2011 census data, and have historically been economically disenfranchised.

"The incident occurred just before Diwali. We have sent women police officials to talk to the victims and take their statements. So far, 10 teachers have been accused, and seven have been arrested,” said SD Baviskar, the superintendent of police of Buldhana district, which is 450 kilometres from Mumbai.

The incident came to light when the deputy sarpanch (assistant head of a village) noticed three of the girls sitting in the corner while others were playing.

“When we asked the girls why they were not playing, they said they had stomach pain. When we took them to the doctor, he told us that the girls were pregnant," deputy sarpanch Bulesterni Sati Bhosale said.

Meanwhile, the relatives of the girls have lodged a complaint at a police station in Buldhana district, the deputy sarpanch said.

President of the women's wing of the Nationalist Congress Party condemned the incident and demanded the resignation of the Maharashtra's women and child minister Pankaja Munde and tribal minister Vishnu Savara.

"The law and order situation has gone for a toss. There is no fear of law. Both the ministers have failed to protect children. They should take moral responsibility and resign immediately," Wagh said.

(The report first appeared in DNA)