In exile in India, Pakistan couple dream of independent Sindh 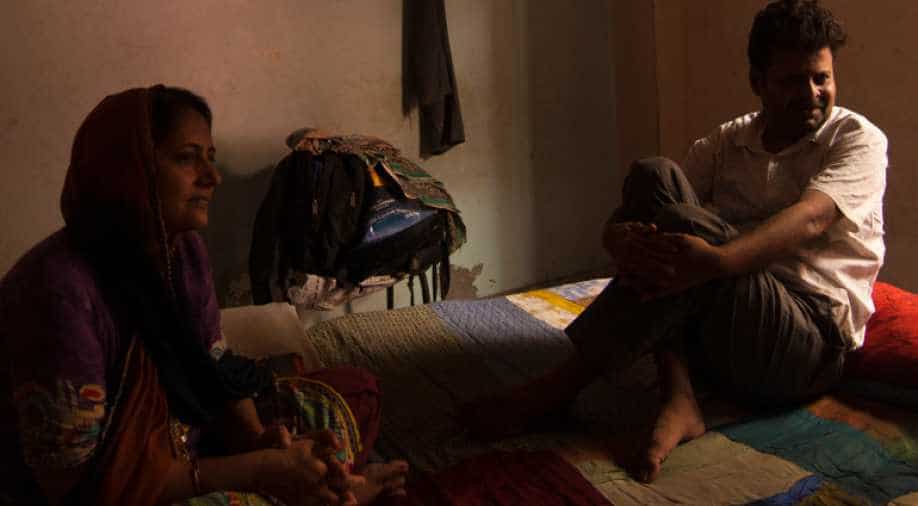 Zulfiqar Siyal Shah and his wife, Fatima, have been living in New Delhi since 2012. Image courtesy: Kausiki Photograph:( WION )

Zulfiqar Shah, 39, in his small, dingy room in New Delhi, India, is hoping against hope that Pakistan's Sindh province will be free one day. Living in New Delhi, thousands of kilometres away from his home in Pakistan, life has come to a standstill for him. He has no friends or relatives to visit, no one to socialise with, life for him means waiting for another day to pass.

However, through internet, and other means of communication, he keeps himself updated about what's going on in his part of his own country. On being asked if he ever wants to go back to Pakistan, a prompt reply comes, "Not unless Sindh become free or there is political resolution". His wife, Fatima Shah, 50, has worked extensively on the issue of human rights abuses in the Sindh province.

In the isolation of an alien culture in India, Zulfiqar and Fatima mean the world to each other. When in despair they console each other and tell that one day their dream will come true and they will be able to go back to their own free country in their lifetime.

“I look at the moon at night and tell myself that people in my part of the world would also be looking at it. The moon becomes a source of consolation for me,” she tells WION.  She often walks towards the window located in the corner of her dingy room to have a glimpse of an open sky under which both India and Pakistan fall.

The couple is living in self-imposed exile in India since 2012. Zulfiqar came here on a medical visa in 2013 and has since decided to stay back. “When we came here, I thought it will be over in a couple of months, I didn't even bring enough items for our survival here," says Fatima. Pointing towards her husband, she says, “Sometimes I feel that I am suffering because of him, but who will understand the pain and suffering Zulfiqar is going through if not me.”

Zulfiqar is a human rights activist from Sindh in Pakistan, having worked in different newspapers and human rights organisations. After working for two Sindhi language newspapers, he joined the Pakistan Fisherfolk Forum as programme manager.

Explaining his organisation's achievement, he tells WION, “Our organisation led a movement against Pakistan Rangers who had occupied the fishing bodies from the fishing communities.” The movement ended with then Pakistan president Pervez Musharraf apologising on behalf of the Rangers.

“This was the starting of my troubled times in Pakistan as I was since then kept under close watch on account of the fact that I was spearheading that movement," he claims.

But the real trouble for him began when he along with his colleagues acted against the "enforced disappearance" of people in Sindh and Balochistan by Pakistan Army. It was in 2007 that he joined SAPP (South Asia Partnership Pakistan) and reported about 1,400 disappearances from Sindh and Balochistan in that year alone. Later, he went on to form the Institute for Social Movements, Pakistan, with his wife and friends, but had to shut it down later because of threats he received from the government, he alleges.

Zulfiqar had to seek refuge in Nepal after receiving threats to his life for raising his voice for the rights of the Sindhi people and for demanding the secession of Sindh from Pakistan. In Kathmandu he secured refugee status from the United Nations High Commissioner for Refugees (UNHCR).  However, he asserts that he was chased by Pakistan's intelligence agency and alleges that he was poisoned by them in Nepal.

It was at Nepal's Himal hospital where it was diagnosed that there were elements of thorium present in his body which is generally used by the military.

Soon after he left for Pakistan, after getting initial treatment in Nepal. From there he applied for a medical visa for India for treatment at New Delhi's Moolchand Hospital.

However, things were not easy for him after reaching India.

The couple alleged that he was denied treatment at Moolchand hospital because of pressure from Pakistan agencies. He later went to the All India Institute of Medical Sciences where doctors advised him to go Pakistan as written on his prescription. But it was at New Delhi's Apollo Hospital where Zulfiqar was eventually treated.

Zulfiqar said that initially he was being watched very closely in India by ISI officials. He could sense people following him even when he dined out with his wife, virtually forcing him to remain under house arrest. He wrote numerous letters to the Prime Minister of India, President of India and the National Human Rights Commission for their security in the country.

"We also filed a writ petition in India's Supreme Court and held a sit-in at Jantar Mantar for nine months. Later, on the intervention of Amnesty International India, the government of India gave us a long-term visa, which we get extended every year," Zulfiqar said.

Zulfiqar is well versed with the history of the region. However, his account of history might differ from the official history taught in Pakistan.  According to Shah, Sindh has the oldest freedom movement in Asia and like other South Asian regions, has a multilayered history with different interpretations. After the first Anglo-Sindh war in 1843, Sindh became a part of British India and remained a British protectorate until independence. Following which a majority of the Sindhis wanted to return to the pre-1843 status. Jeay Sindh Qaumi Mahaz was formed in the early 1970s for demanding freedom from Pakistan. The movement is still alive, he says.

He reveals that there have been three marches so far where Sindhis have time and again raised the demand for freedom from Pakistan. In March 2014, five million Sindhi people marched in Karachi demanding freedom from Pakistan. But such movements have largely been ignored by the international media. Except for the Afghan media, no other media has tried to depict the plight of the people of Sindh and Balochistan, which has the largest military presence apart from Iraq and Afghanistan. "Does anyone know that Sindh had seceded from Pakistan for three days after the assassination of Benazir Bhutto in December 2007?” he asks.

Stressing on the sovereignty of Sindh, he says that Sindhi language has been recognised by India's Parliament and also the US Parliament, indicating that Sindh is a separate sovereign nation.

Referring to the last letter written by former Pakistan prime minister Zulfiqar Ali Bhutto to his daughter, Benazir Bhutto, he says that the leader had mentioned that Sindh would say 'Khuda Hafiz' to Pakistan before Balochistan.

When asked about Prime Minister Modi's reference to Balochistan in his Independence day speech, he says, “It will help Sindh too since Balochistan and Sindh are twins, and if one bleeds, the other bleeds as well. However, he asserts that Modi should also specifically talk about Sindh which would bring forth the plight of Sindhis to the world.

Asked if India's interference in the internal matters of Pakistan will affect the non-intervention policy of India, he had this to say, “Not at all, when Pakistan can talk about Kashmir, why can't India talk about Sindh and Balochistan which largely remain neglected by the world."

However, such strong political commitment does not come easy for the couple who in their struggle have lost everything and everyone. India is a not a home for them and they are living here as refugees.

Fatima tells WION, “I used to often break down, but Zulfiqar gave me strength. He consoled me and gave me the courage to fight all the odds in a bid to secure our rights. After all, big leaders across the world had to flee their countries and live in exile."

“I relate to the kind of work my husband does. Sindhis have suffered a lot in Pakistan. Zulfiqar Ali Bhutto was our hero. When they hanged him, the entire Sindh mourned. We participated in the movement for restoration of democracy in Pakistan. Sindhis were beaten up and assaulted then. My brother, who was just eight years old, was arrested and kept in confinement,” she adds. Unable to hide her emotions, she breaks down while talking about the death of her elder sister. "I could not attend the last rites,” she says.

On a lighter note, Fatima says that she has more work experience than Zulfiqar, but he is more famous as it is a male-dominated world.

The future seems bleak for her in Delhi. “I don't know what will happen to me if something happens to Zulfiqar. Where will I go, I have nobody here. But I left everything on God. Let him do justice for us," she says.

On being asked if they would be again going back to Pakistan, Zulfiqar responds, “Who would not want to go back to the land where he belongs, but not until till there is an international guarantee for my life, and two political reforms take place in Pakistan, which means ensuring equal rights and representation for all the ethnic communities living in the country."

“If the latter does not happen, Pakistan will crumble into small pieces,” he adds.

Responding to his sufferings here in India, he says, “It's better to suffer than to live an undignified life in Pakistan. For me, Sindh is above everything else."