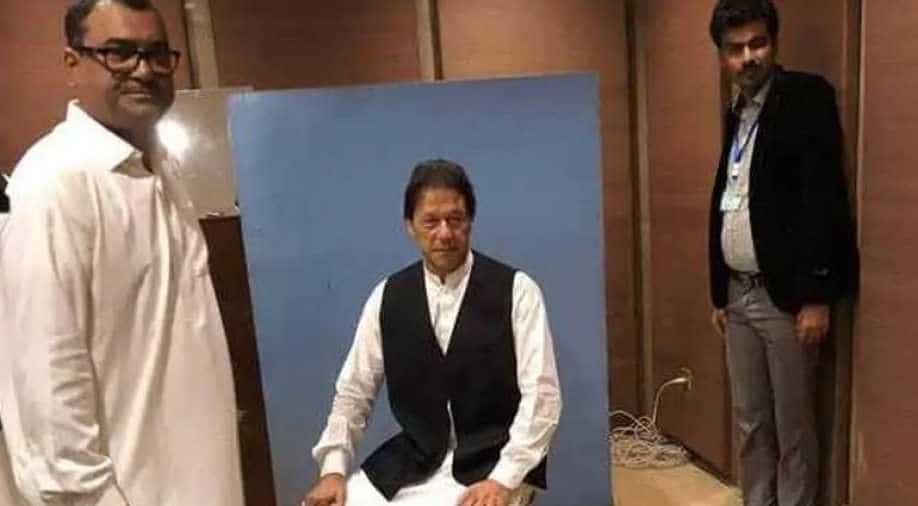 Image tweeted by @hazeefafatimah. Photograph:( Others )

Pakistan's Prime Minister-in-waiting Imran Khan on Monday borrowed a waistcoat from an employee of the National Assembly to pose for a photograph for his parliamentary registration card.

Imran Khan, 65, arrived in parliament wearing a traditional white shalwar kameez to attend the maiden session of the National Assembly.

He first got himself registered at the parliament. He then asked for a waistcoat to pose for a registration card picture, Urdu language daily Jang reported.

One of the National Assembly employees took off his black waistcoat and gave it to Mr Khan. The employee also helped Mr Khan wear the waistcoat, the paper said.

The Pakistan Tehreek-e-Insaf chief then sat on a stool for himself to be clicked.

He was among the 329 newly-elected members of the National Assembly who took the oath, setting the stage for the cricketer-turned-politician to form the next government, only the second democratic transition of power in Pakistan.

Mr Khan also shook hands and posed for a photo with Pakistan Peoples Party chief Bilawal Bhutto Zardari, who is entering the National Assembly for his maiden term.