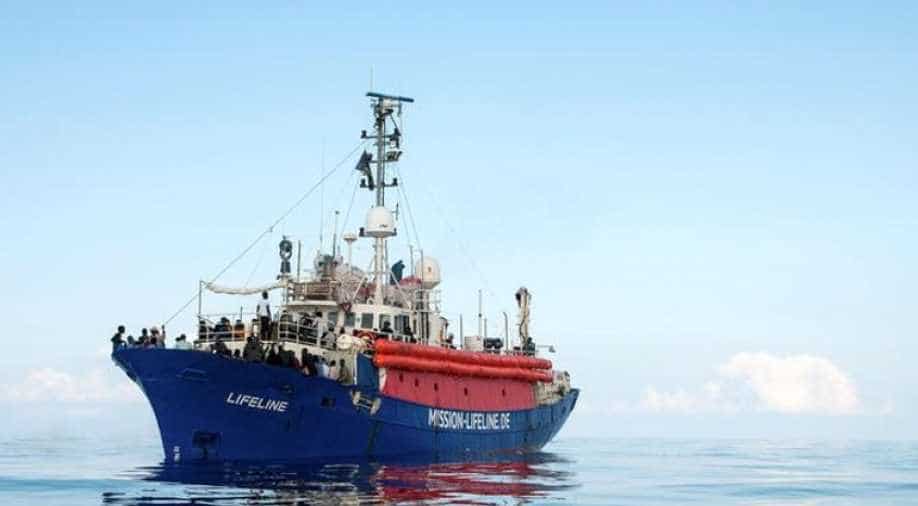 A stranded vessel empty of crew and goods that was found in Myanmar's waters this week was being towed by a ship with 13 Indonesian nationals before it became unmoored, the Myanmar Navy said.

Fishermen came across the rusted and empty vessel, bearing the name "Sam Rataulangi PB 1600", drifting in the Gulf of Martaban, about 11 kilometres (seven miles) off the coast of Myanmar's commercial capital.

Myanmar Navy personnel boarded the vessel to investigate the situation this week, and shed some light on their search in a post on the navy's official Facebook page late Friday.

"It was the view that the ship could have been towed by another ship after two cables... were found at its head", the post said.

The navy's coastal radar records showed the movement of two ships on Sunday and Monday in the Yangon and Sittaung rivers -- which run into the Gulf of Martaban.

Based on these findings, the navy scoured the waters for a second ship and found the "Independence" vessel, carrying 13 Indonesian crew members, about 80 kilometres from Yangon's shores.

After questioning the crew members, the navy discovered that the Independence departed Jakarta on August 13, towing the old vessel bound for a ship-breaking factory in Bangladesh, the Facebook post said.

"They faced bad weather when they arrived south of Yangon River", the navy said. "The cables attached to the ship broke, and the ship was floating along with the tide and it was difficult to continue its journey."

Old and unseaworthy vessels are often towed to Bangladesh's southern Chittagong province, which houses a thriving -- and controversial -- ship-breaking industry.

According to the Marine Traffic website, which lists the movements of ships around the globe, the vessel was built in 2001 and had a deadweight of 26,500 tonnes.

The navy said the investigation is ongoing.

An official from the Indonesia Foreign Ministry confirmed Saturday that they had received word of this case and said the embassy in Yangon was handling it.

"It is the boat that was arrested the Indonesians are just the boat crew," Lalu Muhammad Iqbal, director at the ministry's Indonesian citizens protection department, told AFP.