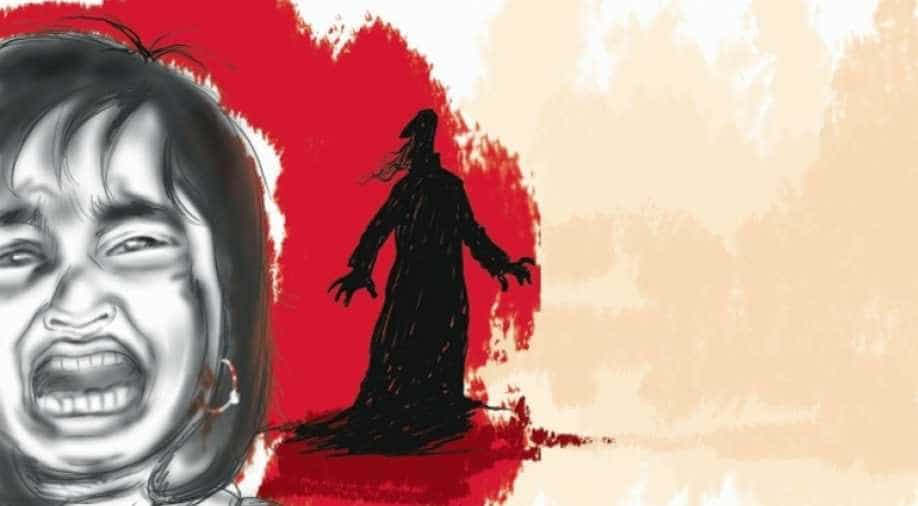 A CCTV camera showed the woman fighting with her in-laws. She gets agitated, picks up the sleeping child and throws him down the stairs. Photograph:( DNA )

A woman has been booked for attempted murder after throwing her two-year-old son down a flight of stairs in a fit of rage during an argument with her in-laws.

The mother-in-law said the argument had been over property.

The attack on the child was caught on CCTVs installed in the house.

Footage of the attack is shocking (because of which WION chose not to show it).

In the video, the mother can be seen arguing, presumably with her in-laws.

She is seen getting agitated, after which she throws some clothes lying on the bed she is sitting on on the ground.

Then she picks up the sleeping child, and walks with him to the entrance to the home.

Another CCTV camera picks her up at the entrance.

She opens the door and drops the child down the flight of stairs leading up to the house.

Other members of the family are then seen rushing to the entrance and down the stairs as the woman seems to continue arguing or shouting and wagging a finger.

The gruesome incident came to light earlier this week when police received a call from the woman's husband saying his wife had thrown their child down the stairs of their first-floor home in Delhi's Pul Prahladpur area.

He said he had video of the attack.

The child was taken to the All India Institute of Medical Sciences (AIIMS), where doctors found he had suffered blunt injuries to the face.

Mamlesh Gupta, the mother-in-law, told ANI her daughter-in-law wanted to be the sole beneficiary of the family's property.

"She would beat me too. Whenever she'd pick a fight I would tell her, I have just one son, everything is yours and after me, it is all going to you," Mamlesh told ANI.

Adding, "For over five years the household has never had peace of mind, as constant rifts and violence took place on daily basis over property."

"She wouldn't stop threatening us. 5 months back she lodged a complaint against us, but a settlement followed and we came back. Fearing the state of affairs I installed CCTV cameras so that I have enough evidence in case of misery," Mamlesh said.

That the mother-in-law said did not go down well with her daughter-in-law who started screaming and threatening her husband that she would kill her son and frame the entire family -- she then threw her son down the stairs.

Police are verifying the authenticity of the video, and are investigating the matter.