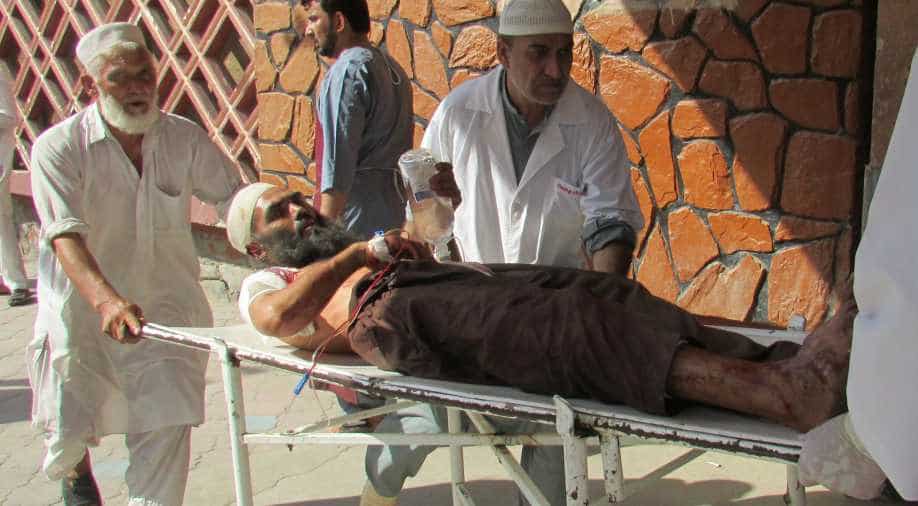 Afghan men carry an injured man to a hospital after a suicide attack in Nangarhar province, Afghanistan September 11, 2018. Photograph:( Reuters )

The death toll from a suicide bomb attack at a protest gathering in the eastern Afghan province of Nangarhar on Tuesday has risen to 68, with 165 wounded, news agency Reuters reported quoting a government official.

The suicide bomber set off explosives in a crowd of hundreds of people protesting on the main road to the border crossing into neighbouring Pakistan.

They were protesting against a police commander.

The provincial governor`s spokesman, Attahullah Khogyani, issued a statement with a revised casualty total on Wednesday after earlier estimates put the death toll at 32.

The attack was one of the worst in Afghanistan for months but security officials have warned that similar attacks are likely if crowds gather for campaign rallies ahead of parliamentary elections in October.