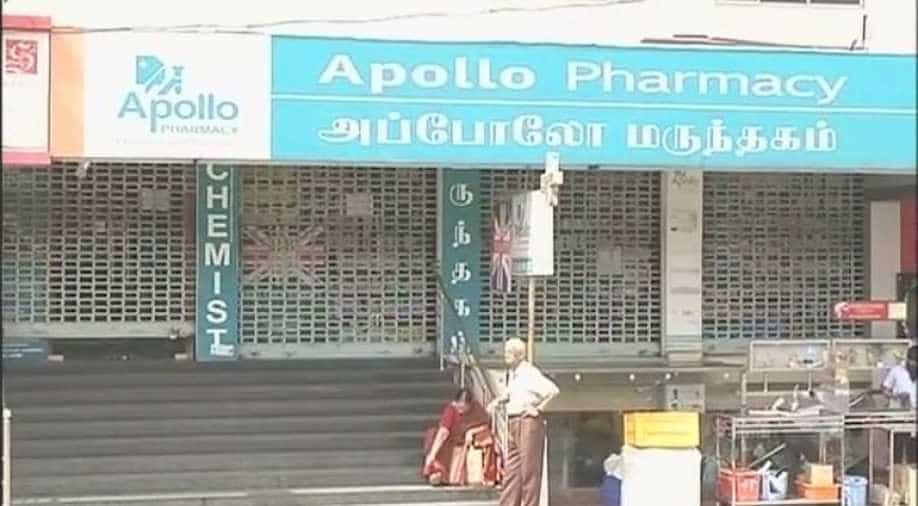 The chemist body is also likely to hold a demonstration at Jantar Mantar today. Photograph:( Twitter )

Chemists across the country have shut shop today as the All India Organisation of Chemists and Druggists (AIOCD) called for a nationwide protest against the government's e-platform plan to regulate the sale of drugs.

Under the plan, chemists will have to upload details of all medicines purchased and sold on the e-platform and will have to pay a transaction fee to support the cost of running the system.

According to the AIOCD, their several representations opposing the regulations on the sale of medicines in the country, submitted to the government, went unheeded, following which the one-day strike was called.

"We have been asked to upload all information related to sale of medicines on a portal, which is not possible with the existing infrastructure," PTI quoted a senior member of AIOCD as saying.

Their biggest worry is a massive cut in profit margins with stiff competition from e-portals.

The chemist body is also likely to hold a demonstration at Jantar Mantar today.