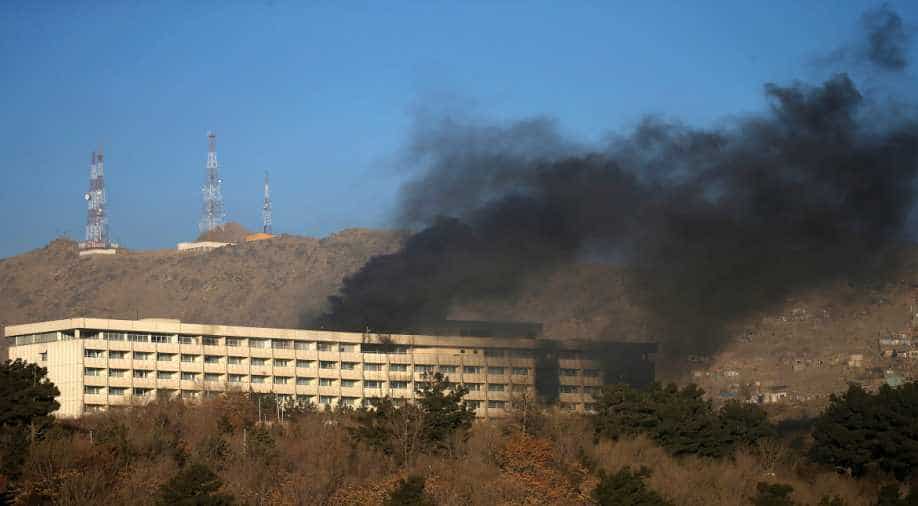 Gunmen killed at least five people and wounded eight others in an attack on Kabul's Intercontinental Hotel, an official said Sunday, as the eleven hours-long siege continued.

"Five are dead," an official with the Afghan spy agency told AFP, adding 100 hostages have been released.

Afghan security forces were still trying to clear the landmark hilltop hotel with at least one attacker on the loose, a security source said.

At least one person could be seen climbing over a top-floor balcony using bedsheets to escape, before loosing his grip and plunging to the ground.

Four gunmen burst into the hotel on Saturday night, opening fire on guests and staff and taking dozens of people hostage, including foreigners.

There was no immediate claim of responsibility for the latest assault in the war-torn Afghan capital that followed a series of security warnings in recent days to avoid hotels and other locations frequented by foreigners.