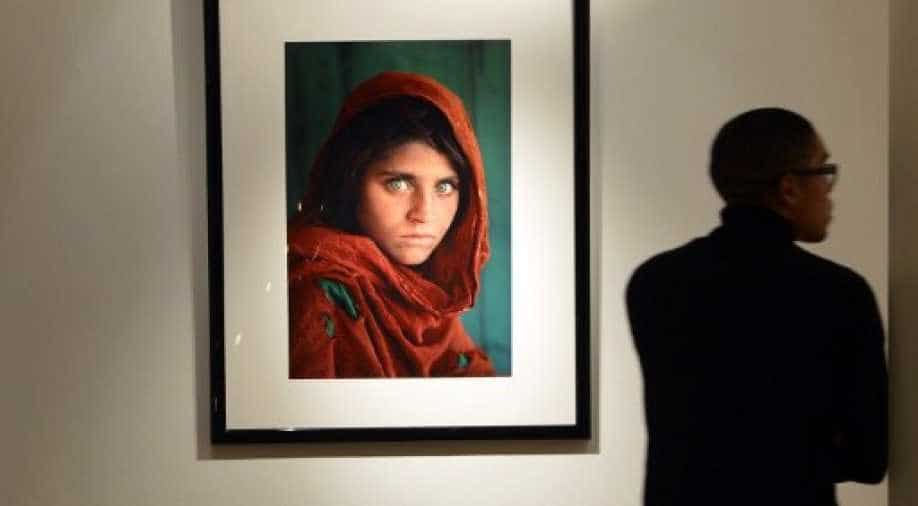 'Afghanistan is only my birthplace, but Pakistan was my homeland and I always considered it as my own country,' Gula had said last week. Photograph:( AFP )

Afghanistan's president on Wednesday welcomed back Sharbat Gula, the green-eyed woman immortalised on a National Geographic cover, after she was deported from Pakistan to the war-torn homeland she fled decades ago.

Pakistani officials handed over Gula, whose haunting eyes were captured in a cover photo taken in a refugee camp in the 1980s, to Afghan border authorities after escorting her from a Peshawar hospital where she was being treated for Hepatitis C.

"Pleased to have welcomed Sharbat Gula & her family back to (Afghanistan)," President Ashraf Ghani said on Twitter. "Her life inspires us all. She represents all the brave women of this land."

The president and first lady Rula Ghani honoured Gula and her children at a ceremony at the presidential palace in Kabul.

Ghani has promised to provide Gula, 45, with a furnished apartment to ensure she "lives with dignity and security" in Afghanistan.

Speaking to AFP last week in Pakistan, Gula said she was "heartbroken" at the prospect of returning.

"Afghanistan is only my birthplace, but Pakistan was my homeland and I always considered it as my own country," she said.

"I had decided to live and die in Pakistan but they did the worst thing with me. It's not my fault that I born there (in Afghanistan). I am dejected. I have no other option but to leave."

Gula said she first arrived in Pakistan an orphan, some four or five years after the Soviet invasion of 1979, one of millions of Afghans who have sought refuge over the border since.

Since July hundreds of thousands have returned to Afghanistan in a desperate exodus amid fears of a crackdown, ahead of a March 2017 deadline for the final return of all Afghan refugees.