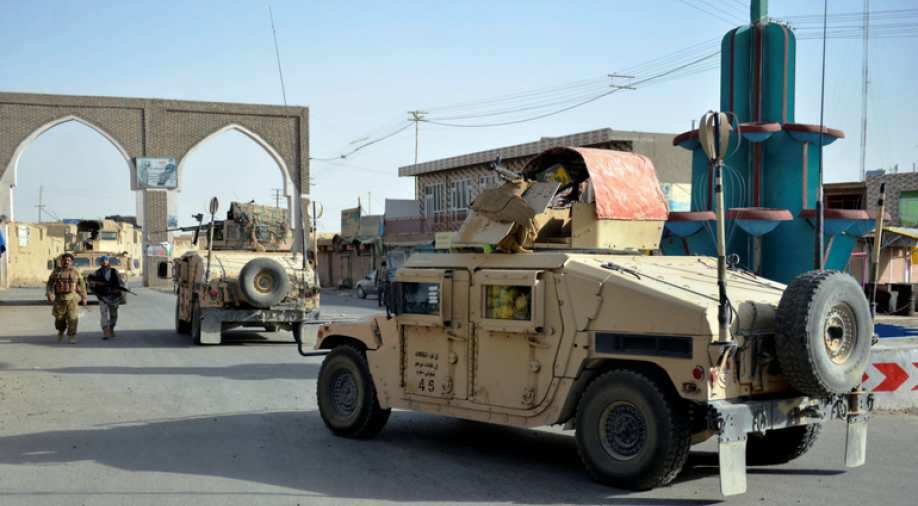 A Taliban attack on a military outpost in Afghanistan's northern province of Baghlan on Wednesday killed up to 44 Afghan police and soldiers, provincial officials said, as the insurgents kept up pressure on government forces.

The attack, which came as the central city of Ghazni struggles to recover from five days of intense fighting, underlined how hard the insurgents have been pressuring badly stretched local security forces.

The defence ministry confirmed the incident early on Wednesday, but gave no details. Officials in the area said nine police and 35 soldiers were killed in the latest attack of a series that has killed dozens of security forces nationwide.

The United Nations Assistance Mission in Afghanistan called for the fighting to stop, saying up to 150 civilians are estimated to have been killed in Ghazni, where the public hospital was overwhelmed and water and electricity supplies cut.

"The extreme human suffering caused by the fighting in Ghazni highlights the urgent need for the war in Afghanistan to end," the top UN official in Afghanistan, Tadamichi Yamamoto, said in a statement.

The International Committee of the Red Cross said it was providing dressing packages and oral and intravenous medicine to treat the wounded, along with electricity generators and fresh water for about 18,000 people.

The Taliban, who launched their Ghazni assault early on Friday and battled Afghan forces backed by US air strikes in the middle of the city for days, said their fighters were pulled out to prevent further destruction.

"They were facing severe shortages of food and drinking water as the power supply was also suspended two days ago," a Taliban commander, who declined to be identified, said by telephone.

The Ghazni attack, one of the Taliban's most devastating in years, has left questions over hopes for peace talks aroused by an unprecedented ceasefire during the Eid celebration in June and a meeting last month between Taliban officials and a senior US diplomat.

Two senior Taliban leaders told Reuters this week the group was considering announcing a ceasefire for the feast of Eid-al Adha, which begins next week, but the future of any peace process remained uncertain.

In the southern province of Zabul, Taliban insurgents clashed with soldiers on Tuesday, forcing the government to send reinforcements from neighbouring provinces to retain control of two check posts.

Separately, six girls younger than 10 were killed when an unexploded mortar they picked up to play with suddenly went off on Wednesday, officials in the eastern province of Laghman said.