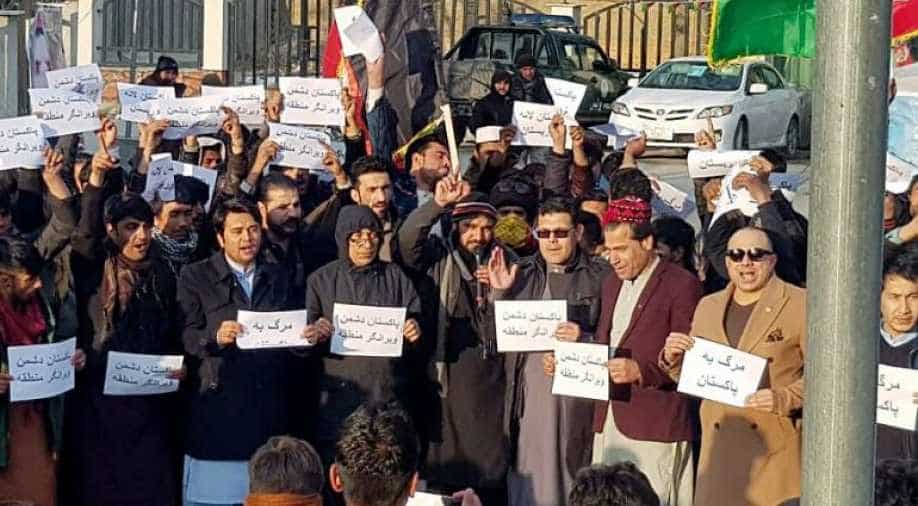 People from Afghanistan protested outside the Pakistan embassy in Kabul against Islamabad's continued interference in Kashmir and in Afghanistan.

While Pakistan Prime Minister Imran Khan continues to harp about the rights of the people of Kashmir, he is now facing protests about Pakistan's continued interference in Jammu and Kashmir.

People from Afghanistan protested outside the Pakistan embassy in Kabul against Islamabad's continued interference in Kashmir and in Afghanistan.

The protesters were seen carrying placards like ''down with Pakistan'' and ''Pakistan is enemy''.

They also demanded the release of Manzoor Pashteen, the chief of Pashtun Tahafuz Movement, a movement for the protection of ethnic Pashtun people in Pakistan.

The 27-year-old activist Pashteen, was arrested along with nine supporters in Peshawar last month and has been sent to jail on a 14-day judicial remand.

The protests dampened the embassy's plans to hold the so-called Kashmir solidarity day which Pakistan observes every year on February 5.

Pakistan has been marking this day since 1990 by calling for the secession of Kashmir from India.