8 Afghans detained in Guantanamo for years on 'fantastical allegations': Report 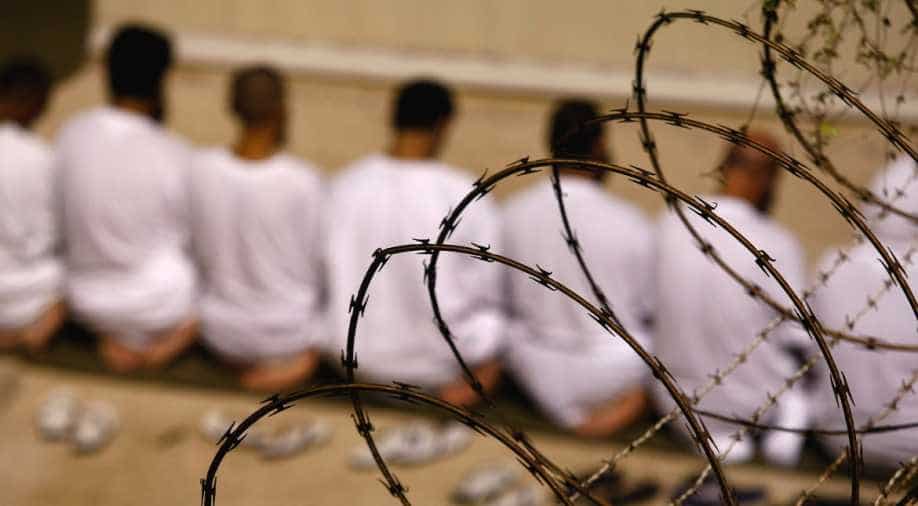 The report by the AAN examined the cases of eight of the longest-serving Afghan detainees, all either still in Guantanamo or recently moved to the UAE Photograph:( Getty )

Eight Afghans detained in Guantanamo Bay have been imprisoned for years on the basis of tenuous evidence, "fantastical allegations" and hearsay, a report issued on Thursday said.

The report by the Afghanistan Analysts Network (AAN), an independent, non-profit research group, examined the cases of eight of the longest-serving Afghan detainees, all either still in Guantanamo Bay or recently moved to the United Arab Emirates.

It said the US military had been unable to substantiate accusations against any of them.

Their cases underlined the danger that arbitrary detention could lead to "gross miscarriages of justice", a major factor in driving some Afghans towards insurgency, the report, entitled "Kafka in Cuba", said.

"Viewing the US detention regime through the lens of the Afghan experience in Guantánamo raises broader questions about the effectiveness of US intelligence and justice," it said.

The eight detainees, including a former plastic flower seller, named Bostan Karim, a "chokidar" or doorman named Abdul Zahir and a grocer named Obaidullah, were held over a variety of accusations ranging from being an al Qaeda and Taliban financier to being a member of al Qaeda bombmaking cell.

One man, Muhammad Rahim, classified as a "high value detainee" was accused of being a personal translator and aide to Osama bin Laden, although the precise allegations against him remain secret.

However the report said none of the men was captured on the battlefield, with six handed over by Pakistani or Afghan forces and two detained after tipoffs from unknown sources.

It said the military and court documents outlining the evidence against them were "rife with hearsay, secret evidence, bad translations, gross errors of fact and testimony obtained under duress and torture".

As well as making "multiple, basic" errors of geography, the US military mixed up groups that had long ago laid down their weapons or never fought with jihadists, it said.

Military boards had failed to clear obvious factual mistakes from detainee files, while courts had "utterly failed to hold the executive to account".

President Barack Obama, who had pledged to close the prison before he leaves office in January, is scaling the facility down by transferring detainees not considered a threat to foreign countries.

However he has been unable to close it in the face of opposition from Congress.

Supporters of keeping the facility open say it has held some of the most dangerous militants and is a valuable tool in fighting international terrorism. Critics say it contravenes US values and feeds propaganda for militant groups.