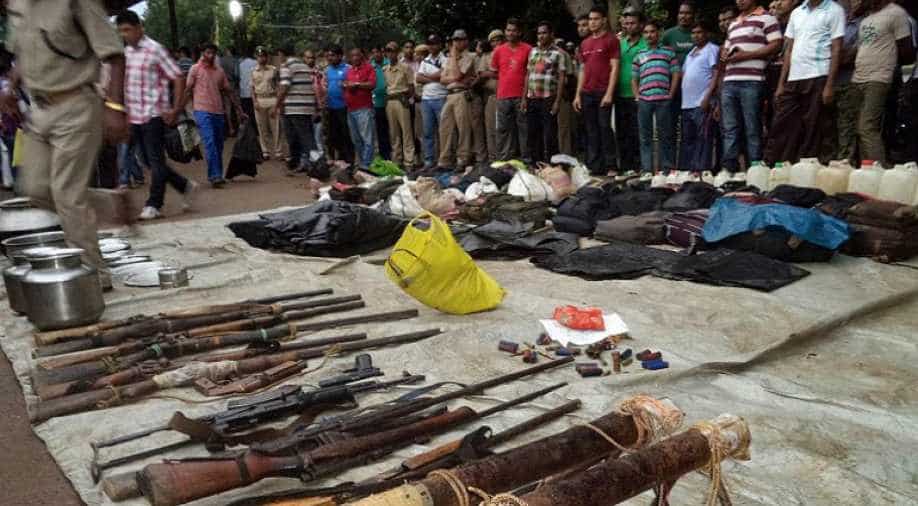 A senior police official of Malkangiri district said the Maoists would be rehabilitated. Photograph:( AFP )

Thirty three Maoists and 140 sympathisers surrendered before police in Malkangiri district of India's eastern Odisha state on Saturday. All those who turned themselves in hail from Kurub and Larigata villages.

"Today 33 militia members of Kurub and Marigata villages surrendered (be)for(e) us and along with them around 140 people from both the villages have come. We welcome the militia members to the mainstream of the society," said Superintendent of Police Mitrabhan Mahapatra.

He further said all the people will be rehabilitated as per the government policies.

Last month, security forces had gunned down 30 Maoist rebels in an encounter in a remote forested area of Odisha, close to the border with southern Andhra Pradesh state, delivering a massive blow to the rebels. Maoists launched their insurgency in the 1960s and have been fighting from their jungle hideouts ever since.

The rebels accuse the Indian state of plundering the mineral-rich and underdeveloped east and central regions of the country at the expense of the poor and landless, among whom they retain some support.

While the level of violence has fallen in recent years, and the Maoists have lost hundreds of fighters to desertions and battles with security forces, the rebels remain capable of staging regular hit-and-run attacks across several states. Also known as Naxals in India, Maoists seek the violent overthrow of the Indian state. They routinely call strikes, attack government property and target politicians and police.