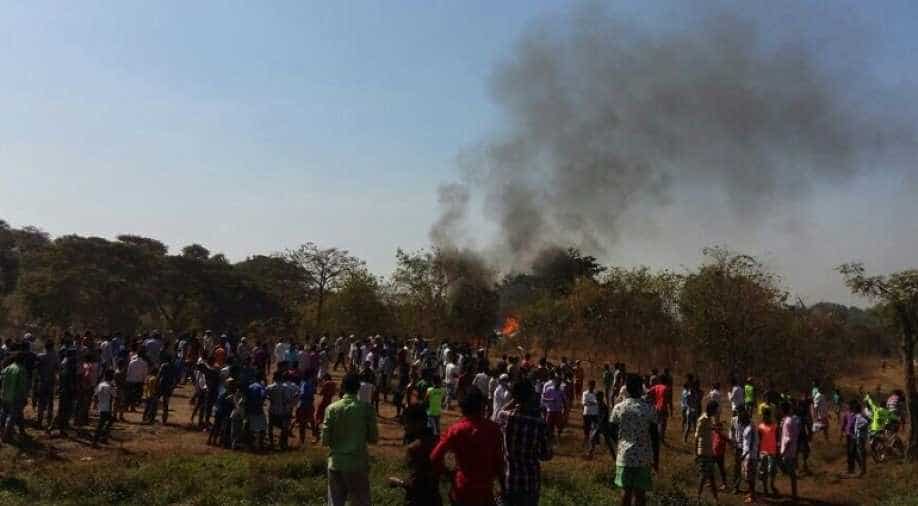 A helicopter crashed in Mumbai's Goregaon on Sunday afternoon, leaving one dead and three injured.

Three fire engines rushed in to douse the flames.

It was a Robinson R44 Astro chopper. It belonged to Pawan Hans, a government-controlled company.