The war in Ukraine may be impossible to stop. And the US deserves much of the blame 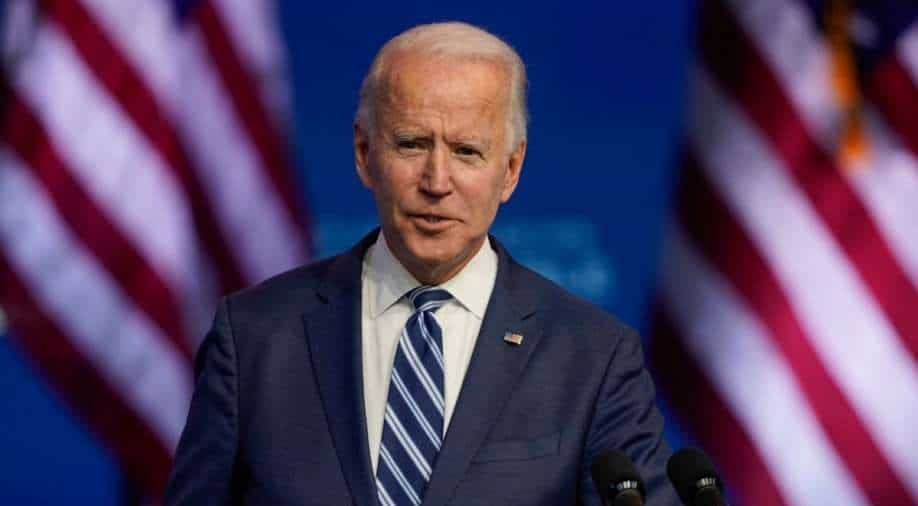 A tragic, local and ambiguous conflict has been turned into a potential world conflagration

In the Paris daily Le Figaro this month, Henri Guaino, a top adviser to Nicolas Sarkozy when he was president of France, warned that Europe’s countries, under the shortsighted leadership of the United States, were “sleepwalking” into war with Russia. Mr. Guaino was borrowing a metaphor that the historian Christopher Clark used to describe the origins of World War I.

Naturally, Mr. Guaino understands that Russia is most directly to blame for the present conflict in Ukraine. It was Russia that massed its troops on the frontier last fall and winter and — having demanded from NATO a number of Ukraine-related security guarantees that NATO rejected — began the shelling and killing on Feb. 24.

But the United States has helped turn this tragic, local and ambiguous conflict into a potential world conflagration. By misunderstanding the war’s logic, Mr. Guaino argues, the West, led by the Biden administration, is giving the conflict a momentum that may be impossible to stop.

In 2014 the United States backed an uprising — in its final stages a violent uprising — against the legitimately elected Ukrainian government of Viktor Yanukovych, which was pro-Russian. (The corruption of Mr. Yanukovych’s government has been much adduced by the rebellion’s defenders, but corruption is a perennial Ukrainian problem, even today.) Russia, in turn, annexed Crimea, a historically Russian-speaking part of Ukraine that since the 18th century had been home to Russia’s Black Sea Fleet.

One can argue about Russian claims to Crimea, but Russians take them seriously. Hundreds of thousands of Russian and Soviet fighters died defending the Crimean city of Sevastopol from European forces during two sieges — one during the Crimean War and one during World War II. In recent years, Russian control of Crimea has seemed to provide a stable regional arrangement: Russia’s European neighbors, at least, have let sleeping dogs lie.

But the United States never accepted the arrangement. On Nov. 10, 2021, the United States and Ukraine signed a “charter on strategic partnership” that called for Ukraine to join NATO, condemned “ongoing Russian aggression” and affirmed an “unwavering commitment” to the reintegration of Crimea into Ukraine.

That charter “convinced Russia that it must attack or be attacked,” Mr. Guaino wrote. “It is the ineluctable process of 1914 in all its terrifying purity.”

This is a faithful account of the war that President Vladimir Putin has claimed to be fighting. “There were constant supplies of the most modern military equipment,” Mr. Putin said at Russia’s annual Victory Parade on May 9, referring to the foreign arming of Ukraine. “The danger was growing every day.”

Whether he was right to worry about Russia’s security depends on one’s perspective. Western news reports tend to belittle him.

The rocky course of the war in Ukraine thus far has vindicated Mr. Putin’s diagnosis, if not his conduct. Though Ukraine’s military industry was important in Soviet times, by 2014 the country barely had a modern military at all. Oligarchs, not the state, armed and funded some of the militias sent to fight Russian-supported separatists in the east. The United States started arming and training Ukraine’s military, hesitantly at first under President Barack Obama. Modern hardware began flowing during the Trump administration, though, and today the country is armed to the teeth.

In this light, mockery of Russia’s battlefield performance is misplaced. Russia is not being stymied by a plucky agricultural country a third its size; it is holding its own, at least for now, against NATO’s advanced economic, cyber and battlefield weapons.

And this is where Mr. Guaino is correct to accuse the West of sleepwalking. The United States is trying to maintain the fiction that arming one’s allies is not the same thing as participating in combat.

In the information age, this distinction is growing more and more artificial. The United States has provided intelligence used to kill Russian generals. It obtained targeting information that helped to sink the Russian Black Sea missile cruiser the Moskva, an incident in which about 40 seamen were killed.

And the United States may be playing an even more direct role. There are thousands of foreign fighters in Ukraine. One volunteer spoke to the Canadian Broadcasting Corporation this month of fighting alongside “friends” who “come from the Marines, from the States.” Just as it is easy to cross the line between being a weapons supplier and being a combatant, it is easy to cross the line from waging a proxy war to waging a secret war.

In a subtler way, a country trying to fight such a war risks being drawn from partial into full involvement by force of moral reasoning. Perhaps American officials justify exporting weaponry the way they justify budgeting it: It is so powerful that it is dissuasive. The money is well spent because it buys peace. Should bigger guns fail to dissuade, however, they lead to bigger wars.

A handful of people died in the Russian takeover of Crimea in 2014. But this time around, matched in weaponry — and even outmatched in some cases — Russia has reverted to a war of bombardment that looks more like World War II.

Even if we don’t accept Mr. Putin’s claim that America’s arming of Ukraine is the reason the war happened in the first place, it is certainly the reason the war has taken the kinetic, explosive, deadly form it has. Our role in this is not passive or incidental. We have given Ukrainians cause to believe they can prevail in a war of escalation.

Thousands of Ukrainians have died who likely would not have if the United States had stood aside. That naturally may create among American policymakers a sense of moral and political obligation — to stay the course, to escalate the conflict, to match any excess.

The United States has shown itself not just liable to escalate but also inclined to. In March, Mr. Biden invoked God before insisting that Mr. Putin “cannot remain in power.” In April, Defense Secretary Lloyd Austin’s explained that the United States seeks to “see Russia weakened.”

Noam Chomsky warned against the paradoxical incentives of such “heroic pronouncements” in an April interview. “It may feel like Winston Churchill impersonations, very exciting,” he said. “But what they translate into is: Destroy Ukraine.”

For similar reasons Mr. Biden’s suggestion that Mr. Putin be tried for war crimes is an act of consummate irresponsibility. The charge is so serious that, once leveled, it discourages restraint; after all, a leader who commits one atrocity is no less a war criminal than one who commits a thousand. The effect, intended or not, is to foreclose any recourse to peace negotiations.

The situation on the battlefield in Ukraine has evolved to an awkward stage. Both Russia and Ukraine have suffered heavy losses. But each has made gains, too. Russia has a land bridge to Crimea and control of some of Ukraine’s most fertile agricultural lands and energy deposits, and in recent days has held the battlefield momentum. Ukraine, after a robust defense of its cities, can expect further NATO support, know-how and weaponry — a powerful incentive not to end the war anytime soon.

But if the war does not end soon, its dangers will increase. “Negotiations need to begin in the next two months,” the former U.S. secretary of state Henry Kissinger warned last week, “before it creates upheavals and tensions that will not be easily overcome.” Calling for a return to the status quo ante bellum, he added, “Pursuing the war beyond that point would not be about the freedom of Ukraine but a new war against Russia itself.”

The United States is making no concessions. That would be to lose face. There’s an election coming. So the administration is closing off avenues of negotiation and working to intensify the war. We’re in it to win it. With time, the huge import of deadly weaponry, including that from the newly authorized $40 billion allocation, could take the war to a different level. President Volodymyr Zelensky of Ukraine warned in an address to students this month that the bloodiest days of the war were coming.