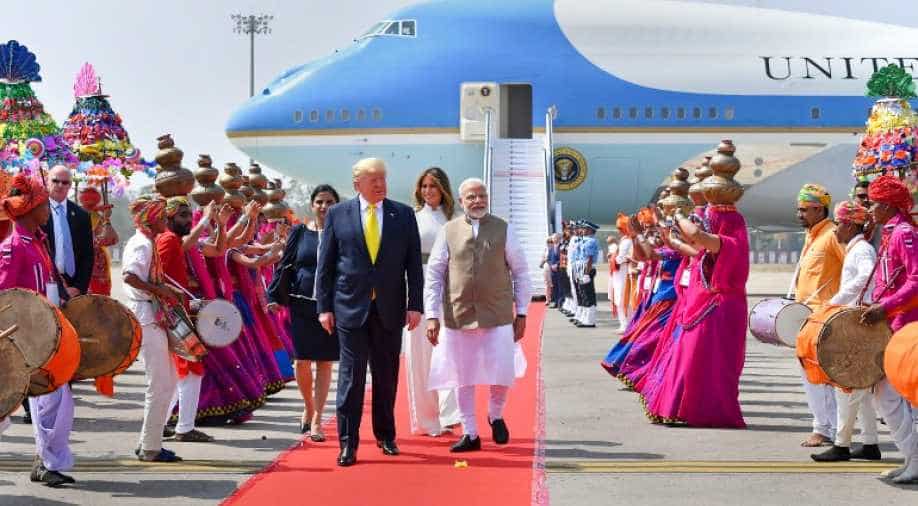 Here are the top developments from Trump's India visit.

The highly-awaited trip of US President Donald Trump has begun. As expected Trump's two-day visit has so-far been action-packed. So from paying a visit to Mahatma Gandhi's Sabarmati Ashram to the inauguration of Motera Stadium, here are the top developments from Trump's visit so far. 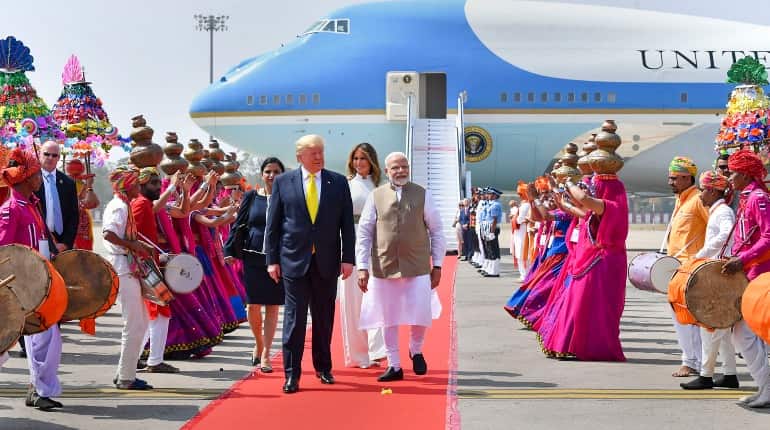 Trump and First Lady of the United States Melania Trump were received by Prime Minister Narendra Modi today nearly at 12:00 pm at Ahmedabad airport. Gujarat's traditional Garba dance was performed to welcome the US president. 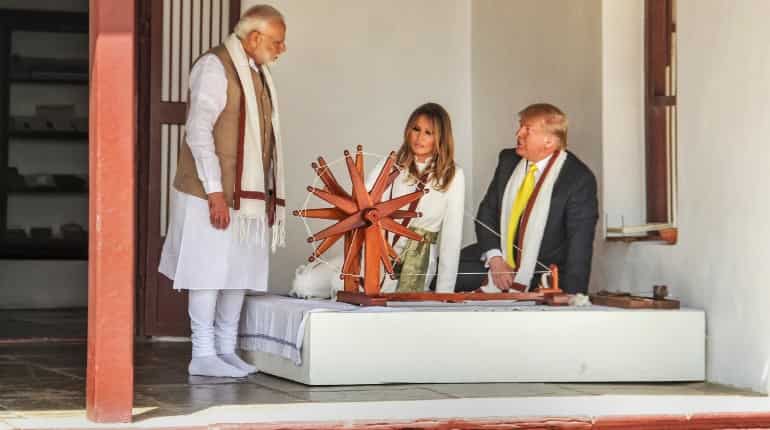 After landing to India, Trump and the first lady went to Sabarmati Ashram where they paid tribute to Mahatma Gandhi. They also spun a charkha, which was used by Gandhi during the freedom struggle to promote indigenous goods.  In the ashram's visitor book, the US President wrote: "To my great friend Prime Minister Modi, thank you for this wonderful visit". PM Modi also gifted a memento of 'three wise monkeys' to Trump. 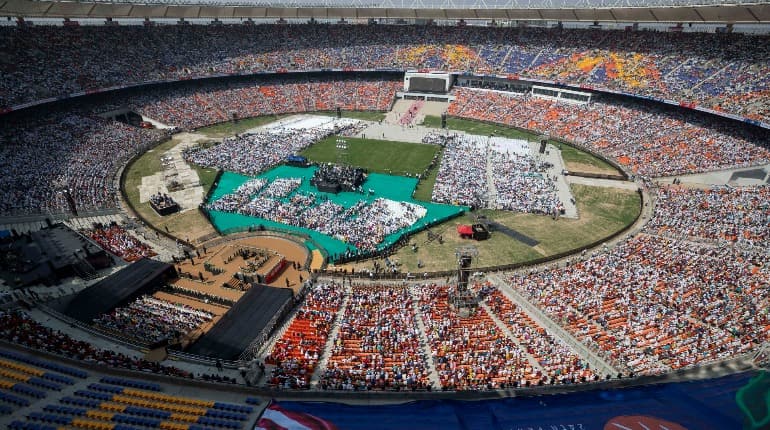 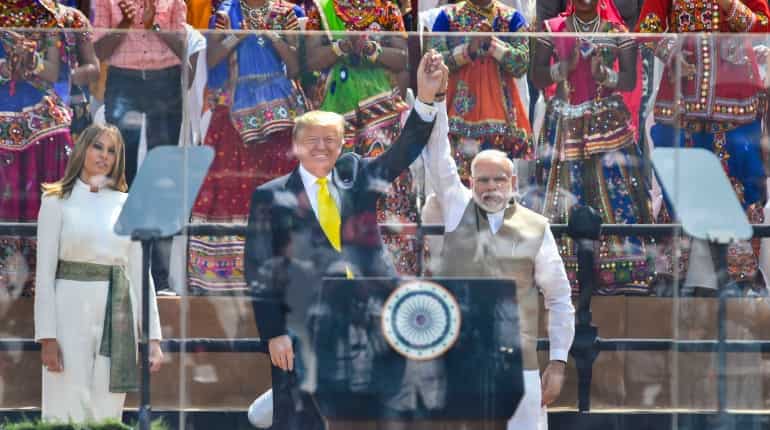 Trump began his speech at the Motera stadium by praising India's democracy. Trump also that PM Modi not just a pride of Gujarat but a living proof that through hard work and devotion, anything can be achieved. Trump also said that people across the globe love watching Bollywood movies, including classics such as Sholay and DDLJ. He also praised legendary cricketer Sachin Tendulkar and Indian cricket team captain Virat Kohli. The US also looks forward to selling India with some of the best and most feared military equipment, Trump said. He also said that the US would sign a 3 billion dollars deal with India tomorrow to sell military choppers for Indian forces.

PM Modi said that five months backs, US welcomed him with 'Howdy Modi' and now whole India is greeting him with 'Namaste Trump'. PM Modi also said that both the US and India have never been closer than this before.  PM Modi also chanted "India-US friendship" and crowd responded, "long live, long live".