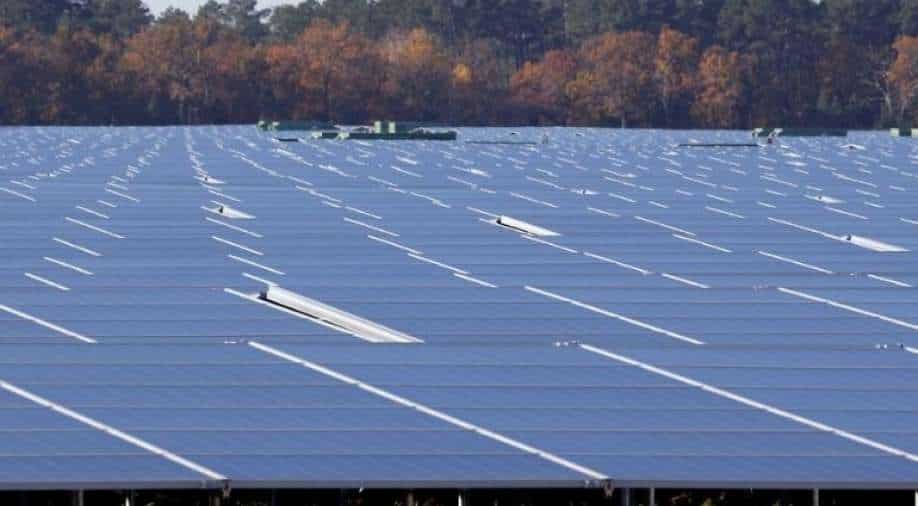 As per the Ministry of Renewable Energy, India achieved the fifth global position in solar-powered deployment by surpassing Italy. Solar Power capacity has increased by over 11 times in the last five years, from 2.6 GW in March 2014 to 30 GW in July 2019. India is blessed with vast solar potential. About 5000 trillion kWh per year of energy is incident over India’s land area. And most parts of the country receive 4-7 KWh per square meter per day. Till now India has done a remarkable job harnessing solar energy. From an energy security perspective, solar is the most promising source of energy than conventional energy.

National Institute of the Solar Energy (NISE) has assessed the country’s solar potential of about 748 GW assuming 3 per cent of the wasteland to be covered with PV panels. Solar energy has taken a central place in India’s National Action Plan on climate change with the National Solar Mission (NSM) as one of the key missions. NSM is a major initiative of the government of India with active participation from the state to promote ecologically sustainable growth while addressing India’s energy security. In order to achieve the set target government of India, has launched various schemes to encourage the generation of solar power in the country, like solar parks scheme, VGF scheme, CPSO scheme, Defence scheme and many more.

Recently, MNRE has proposed a 25-year document which has proposed replacing coal-based power generation capacity by setting up the installed renewable energy generation to 85 per cent of the total requirement. The vision of the document is to freeze coal-based power generation capacity and gradually cease the plants as they age. This means renewable energy is the target to replace the coal in coming future.

But how environmentally friendly is solar energy? Is it true that putting so many panels is healthy for the environment?

To meet the net-zero carbon emission target by 2070, the government plan to create an additional solar manufacturing capacity of 25 GW each of solar cells and modules and 10 GW of wafers. India currently has a manufacturing capacity of 3 GW of solar cells and 15 GW for modules. The plan is to escalate the manufacturing process following an additional allocation of Rs 19,500 crores for the production-linked-incentive (PLI) scheme for high-efficiency solar modules in the FY23 Union Budget. PM of India claims the budget will not only ensure green growth but will also generate green jobs. India’s largest solar PV module manufacturing company is Waare Engineers. They have the largest solar PV module manufacturing capacity of 2 GWs in Surat and Umbergaon in Gujarat. From there they transport solar panels to the rest part of the country. Apart from this, India imports more solar from China (87.67%), Malaysia (94.65 per cent), Taiwan (1.70 per cent), and Singapore (1.03 per cent) as per data from 2017.

Solar-powered generation of electricity does not involve any noise, or toxic greenhouse gas emissions. But PV industry is associated with the use of harmful chemicals. The manufacturing process is responsible for many hazardous byproducts, like sulphuric acid, hydrogen fluoride, hydrochloric acid, and nitric acids. However, the amount of chemical use depends on the type of cell manufactured.  These hazardous chemicals are used for cleaning wafers and removing impurities.

Silicon tetrachloride is produced during the refining of silicons. It can be recycled or reused, although whether or not produced products do so is unknown. Otherwise, there's a good probability that these chemicals will wind up in groundwater.

The area that needs an assessment is finding an alternative solution to these harmful chemicals.

PV panel waste will increase alongside worldwide deployment. As per the IRENA report, India could have an expected average of 50,000-320,000 tonnes of waste by 2030, possibly culminating in 4.4-7.5 million tonnes by 2050. PV panel waste generated is covered by general waste regulations. India has no regulation mandates, and the Ministry of Environment, Forest and Climate Change under the 2016 Solid Waste Management rules manages waste. The legislation covers requirements for the general e-waste and restrictions on the hazardous substance in the electronic e-waste rule of 2016. However, it does not include PV waste. The lack of recycling guidelines and infrastructure puts India in a poor position to handle solar PV waste, and the cost of recycling is also very high. Recycling needs to be profitable.

As per Ayush et al. India will produce around 2.95 billion tonnes of waste by 2047, this waste will comprise 51 per cent of glass for covering, 31 per cent aluminum for module frames, 5 per cent EVA for panel lamination, 6 per cent copper for cable, and 1 per cent silicon for PV module cell.

India lacks infrastructure, technology, and regulations to dispose of PV waste. There are high chances hazardous chemicals mentioned earlier might leach into the water and can have serious effects on the environment and human health. If the panels are cracked and dumped into landfills without proper recycling and monitoring, then leaching can take place and these chemicals can make their way to groundwater. India is under-prepared to manage the increasing e-waste.

Solar panels are not entirely green, it has own challenges. It’s high time to address all the challenges and come up with some solutions that are actionable, economical, and sustainable.