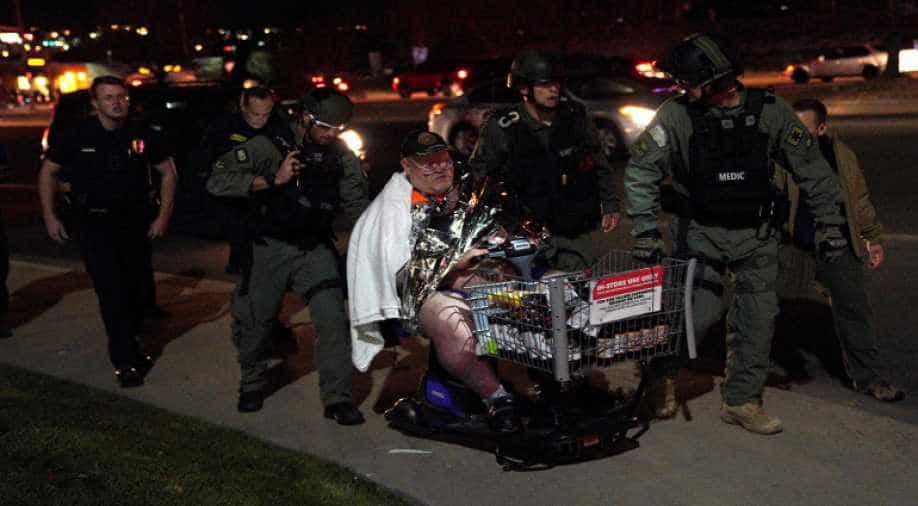 At least two dead in shooting inside Walmart store in Colorado

At least two people were killed and one wounded in a shooting inside a Walmart store in suburban Denver on Wednesday, police said. Police in Thornton, Colorado, did not immediately release any information about the circumstances of the shooting or who was responsible for the gunfire.

Pakistan's National Accountability Bureau (NAB) has approached the Airport Security Force (ASF) seeking access to former premier Nawaz Sharif's flight to execute his bailable arrest warrants. Sharif left for Islamabad from London’s Heathrow Airport on Wednesday. He is to appear before the accountability court on Friday, November 3, in connection with a reference filed against him by NAB in line with the Supreme Court directive in the Panamagate case.

The Uzbek immigrant behind New York's worst attack in 16 years confessed to acting in the name of the Islamic State group and "felt good" about the killings, having planned an assault for a year, investigators said Wednesday.The shocking details emerged as federal prosecutors filed terrorism charges against Sayfullo Saipov, who subsequently appeared in court in a wheelchair -- he had been shot in the abdomen by police -- 24 hours after mowing down pedestrians and cyclists, and colliding with a school bus.

Congress leader shot at in Amethi

A Congress leader was shot at by some unidentified people when he was on his way home from Lucknow today, police said.  Salauddin Khan, a lawyer by profession, was returning home at Ranipur village under police station Jagdishpur when he was shot at.

A second Uzbek man wanted for questioning in the investigation of Tuesday's fatal truck attack in New York City has been located, an FBI official said on Wednesday, though no details were provided on where the man was found or why he was wanted.

Dele Alli condemned Champions League holders Real Madrid to a horrendous Wembley debut with two goals as Tottenham Hotspur reached the last 16 with a stunning 3-1 victory on Wednesday. The 21-year-old England midfielder, making his first appearance in this year's competition after serving a three-game ban, scored either side of halftime on a memorable night for Mauricio Pochettino's team.