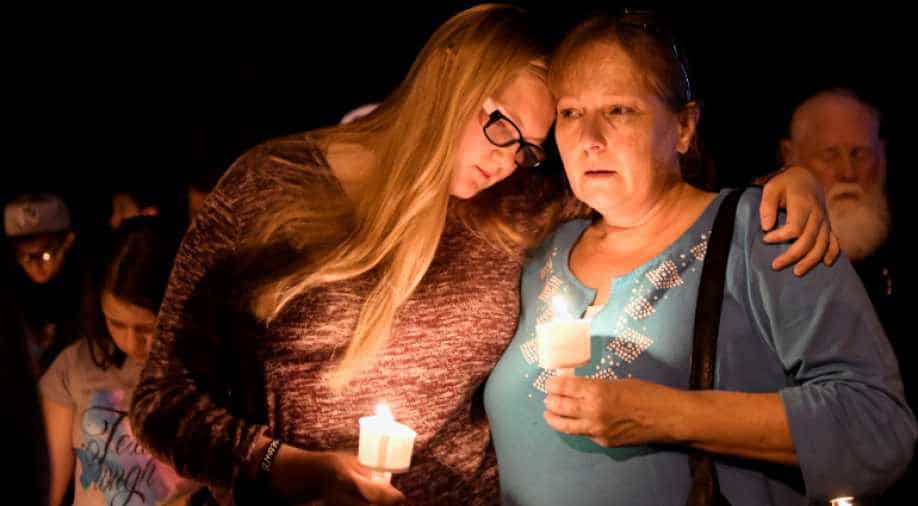 Local residents embrace during a candlelight vigil for victims of a mass shooting in a church in Sutherland Springs, Texas Photograph:( Reuters )

India and Bangladesh Army will also take part in joint military training on anti-terror operations to be held between November 13 to December 10 at Danapur Cantonment in Bihar.

The protesters were seen carrying banners and placards, urging rights groups to act against Pakistan for carrying out atrocities over Baloch people.

The Indian Railways has launched the main arch of the world's highest bridge on the River Chenab in Jammu and Kashmir's Reasi district which will provide direct connectivity to the Kashmir Valley.

Indian defense minister Sitharaman's visit to Arunachal not conducive to peace in the region: China

Last month, Nirmala Sitharaman had visited the Nathu La border post in Sikkim, 30 km from Doklam, where the Indian and Chinese armies were involved in a two-month standoff.

Texas to Denver: Deadly mass shootings in US

A gunman killed 26 worshippers at a rural Texas church on Sunday. A look at some of the deadliest mass shootings in the United States in the past three decades.