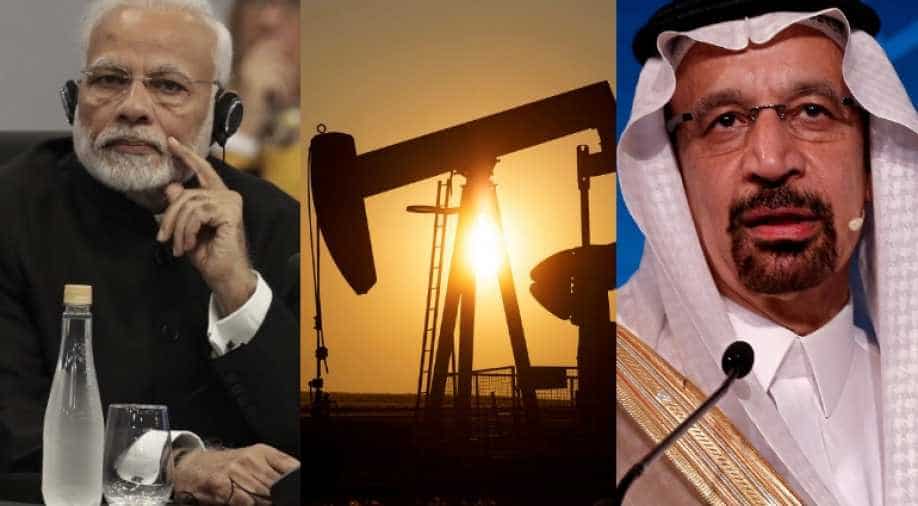 OPEC has agreed to cut prices but is waiting for non-member Russia's nod to decide on the volume of cut.

Even as the OPEC or Organisation of the Petroleum Exporting Countries meet happens in Vienna, Saudi Arabia's energy minister Khalid al-Falih said India's prime minister Narendra Modi was "vocal" about the increase in oil prices and raised it with Riyadh many times.

Speaking to reporters ahead of the OPEC meeting, Khalid al-Falih said: "We also take views of Prime Minister Modi, who is equally vocal. We just met him in Buenos Aires. Privately he made those points. He does care for Indian consumers."

He also disclosed that PM Modi had met him three times in India at "various energy events in India. And he was very vocal".

Unstable oil prices has been a key issue which India has been raising during its meeting with oil producing countries especially Saudi Arabia. It was one of the main issues India raised at the recently concluded 13th G20 Summit in Argentina.

Meanwhile, OPEC has agreed to cut prices but has been waiting for non-member Russia's nod to decide on the volume of the intended cut.

During the bilateral meeting, according to the foreign secretary Vijay Gokhale, "the PM, in particular, stressed upon the importance of having stable energy prices".

India views the Kingdom of Saudi Arabia as a "valuable partner" and the relationship has expanded beyond issues related to the Indian community to economy, energy and security.

PM Modi visited Saudi Arabia in 2016 during which King Salman honoured him with ‘Sash of King Abdulaziz’, the highest civilian decoration awarded by the Kingdom.