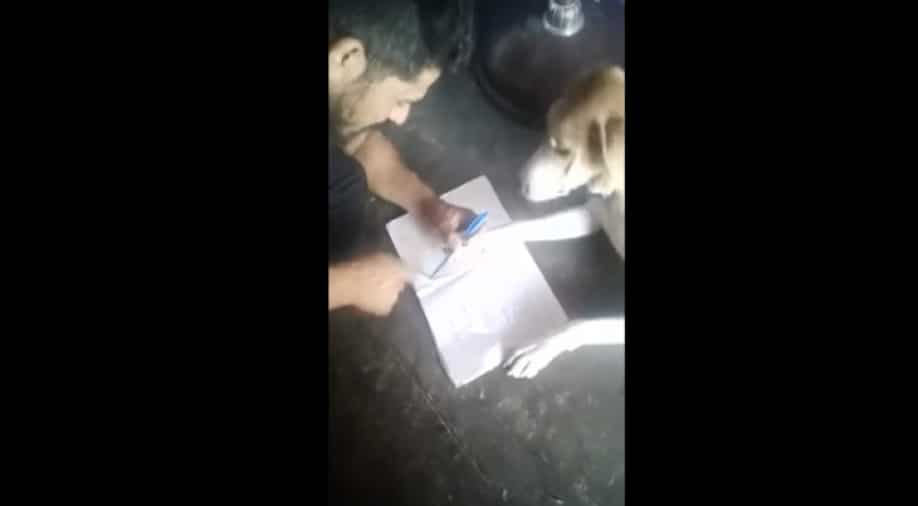 The man can be seen sitting on the floor with the dog's paw in his grip with a pen propped up between the animal's toes and a piece of paper. Photograph:( Twitter )

Talk of people being desperate or a few social media likes with their "funny pet videos". Except not everybody has a sense of humour or even common sense. The latest video in this vein is that of a man trying to "teach" his pet dog to write the English alphabet.

The man then goes on to smack the dog's face at least 10 times in the roughly half-minute video. The dog is seen trying to block his hand before escaping.

The stunt has not gone down well with the Twitterati who came down heavily on the man.

Several people also tagged People for Ethical Treatment of Animals and other animal welfare groups on the video to invite their intervention.