WATCH: I assure steps being taken by govt will put country in new league of development, says Modi 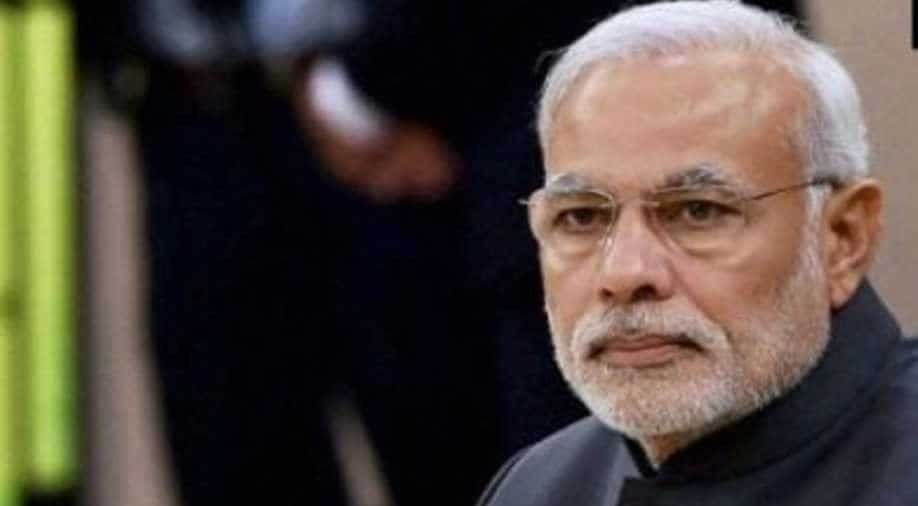 'I will not let the present problems jeopardise the country's future,' Modi said. His government has been severely criticised of late for its handling of the economy. Photograph:( ANI )

Prime Minister Narendra Modi lashed out at his government's critics on Wednesday, saying that while he accepted growth rates had fallen recently, he also said "I assure that the steps being taken by the government will put the country in a new league of development".

Modi was speaking in Delhi at the golden jubilee celebrations of the Institute of Company Secretaries of India.

His government has come under severe criticism of late for its handling of the economy -- GDP growth has fallen consecutively over the last six quarters.

Modi's critics have said the two "shocks" of demonetisation and GST have not helped matters.

Modi referred to both of them in his address.

He said demonetisation has brought the cash-to-GDP ratio down to 9 per cent from an earlier 12 per cent.

And he said that he had told the GST council to look into the problems being faced by traders and that "we are willing to make changes as per the suggestions".

There are some people who sleep well only after they spread a feeling of pessimism all around. We need to recognise such people: PM Modi pic.twitter.com/GvEUTtktvN

I assure that the steps being taken by the government will put the country in a new league of development: PM Narendra Modi pic.twitter.com/9yMbclvrVC

I will not let the present problems jeopardize the future of the country: PM Narendra Modi pic.twitter.com/j38mvbTYdY

"There are some people who sleep well only after they spread a feeling of pessimism all around," said Modi.

"We need to recognise such people," he added.

"At a time India was made member of a group in context of (the) international economy, it was fragile five. How did it happen when big economists were there?" Modi said.

Somewhat softening his stance, he said that "Not everything that a critic says is wrong but one should refrain from creating a negative environment in the country."

Modi added that there has been an increase in auto sales, in air freight and traffic, and in telephone subscribers.

And he assured his audience that "the steps being taken by the government would put the country in a new league of development".

He added that "we are not averse to recent criticism on economic matters. We are a sensitive government and accept even harshest of criticism."

"This is the time of a big transformation, the importance of honest and transparent governance is being realised," he said.

The RBI, Modi added, has predicted a growth rate of 7.7% in the coming quarters.

"I will not let the present problems jeopardise the future of the country," he said.