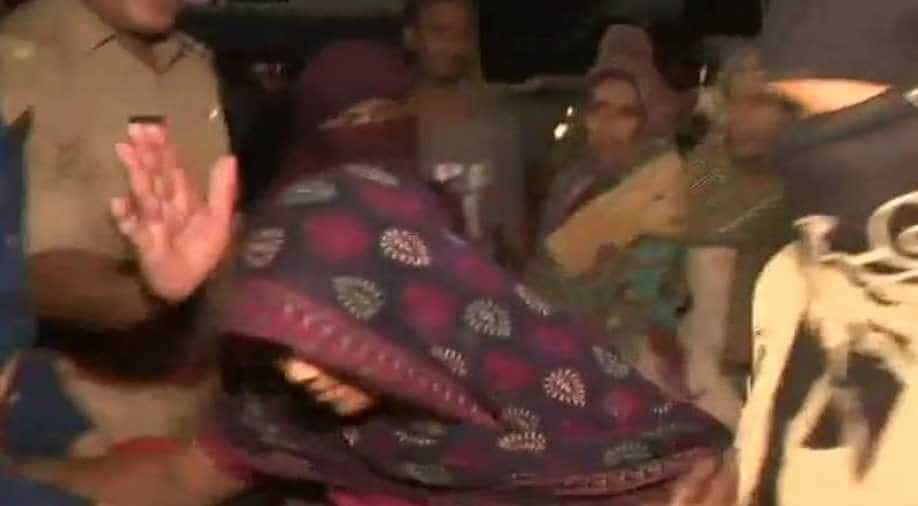 Family of the deceased victim outside CM office. Photograph:( ANI )

The family members of  Yunus, a key witness in the Unnao rape case who died under mysterious circumstances recently, allegedly attempted suicide outside the residence of Uttar Pradesh chief minister Yogi Adityanath in Lucknow on Saturday.

Yunus, a key eyewitness in Unnao gang-rape and murder case, involving BJP MLA Kuldeep Singh Sengar, was buried hurriedly without a post-mortem after he died under mysterious circumstances.

The kin of the deceased attempted self-immolation outside chief minister's house after their attempt to meet the latter proved futile.

Unnao rape case: Family members of the deceased witness in the case allegedly attempt to kill themselves in front of Yogi Adityanath's residence in Lucknow after they were allegedly not allowed to meet UP chief minister. All of them have been detained by the police. pic.twitter.com/2RE4sfppDQ

Earlier during the day, the district administration decided to exhume the body of the deceased Yunus for conducting a postmortem.

Yunus, belongs to the village as the Unnao rape victim, died mysteriously. He was the key CBI witness in the case.

Yunus' burial without post-mortem was widely criticised. Even Rahul Gandhi took to Twitter to criticise Prime Minister Modi saying Is this your idea of “justice for our daughters”, Mr 56?

The mysterious death & hurried burial without an autopsy, of the key witness in the #Unnao rape & murder case, involving BJP MLA Kuldeep Sengar, smells of a conspiracy.

Is this your idea of “justice for our daughters”, Mr 56 ?https://t.co/Tft8fpPFYy