Swaraj to inaugurate PBD of ASEAN today in Singapore 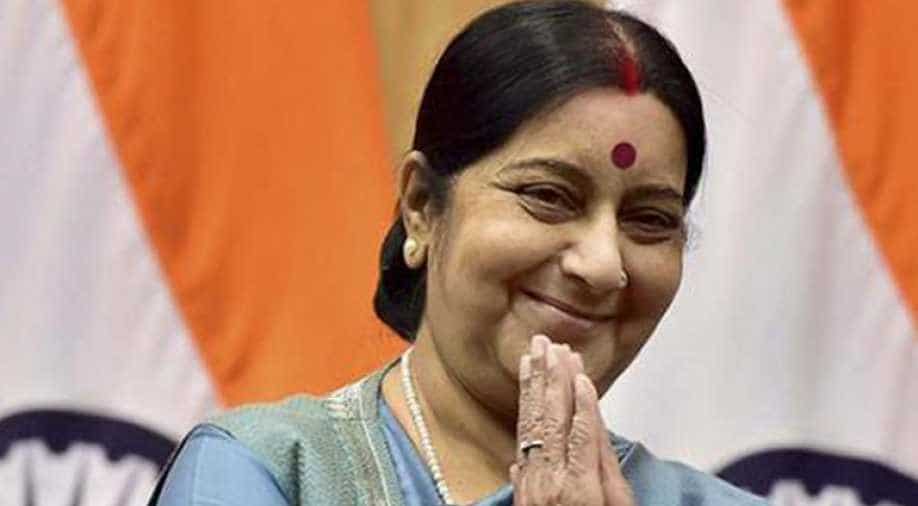 Swaraj will be holding bilateral meetings with the leaders in Singapore and interact with People of Indian Origin (PIO) delegations from ASEAN countries, who are participating in the PBD, the Ministry of External Affairs (MEA) in a pre-departure statement said.

PIO delegations from all the ASEAN countries, including ministers, eminent personalities, business and socio-political leaders will be participating in the event, it added.

The PBD of ASEAN countries has been themed 'Ancient Route, New Journey: Diaspora in the Dynamic ASEAN-India Partnership.'

Yesterday, the minister inaugurated the 5th Round Table of Association of Southeast Asian Nations (ASEAN) India Network of Think Tanks in Indonesia.

Speaking at the inauguration, Swaraj said, "The 5th Round Table meeting taking place at a very important juncture as in less than three weeks from now, India will host the ASEAN-India commemorative summit to mark the 25 years of India-ASEAN relations."

"Therefore, the discussions are timely and opportunely. It will provide useful inputs to our leaders, when they will meet on 25th January in New Delhi for the summit," she added.

"I look forward to new India where both India and ASEAN can work together to bring development and prosperity to the region," she said.

The External Affairs Minister said it will be an honour and prestige for India to host all 10 ASEAN leaders as the guest of honours for the Republic Day.

"Their presence in New Delhi on this day will place India-ASEAN relations at centre stage," she said.

Swaraj, during her two-day visit to Indonesia, met with ASEAN Secretary-General Dato Paduka Lim Jock Hoi in Jakarta. She also addressed the Indian community in the capital city.

Earlier on Friday, India and Indonesia condemned all forms of terrorism at the 5th Joint Commission meeting between the foreign ministers of the two countries.

"We unequivocally condemned terrorism in all its forms. We expressed our strong opposition to any selective approach to deal with this group of menace and called upon all the countries to stop providing state sponsorship to terrorism and prevent their territories to stop being used for establishing terrorist safe havens," Swaraj said.