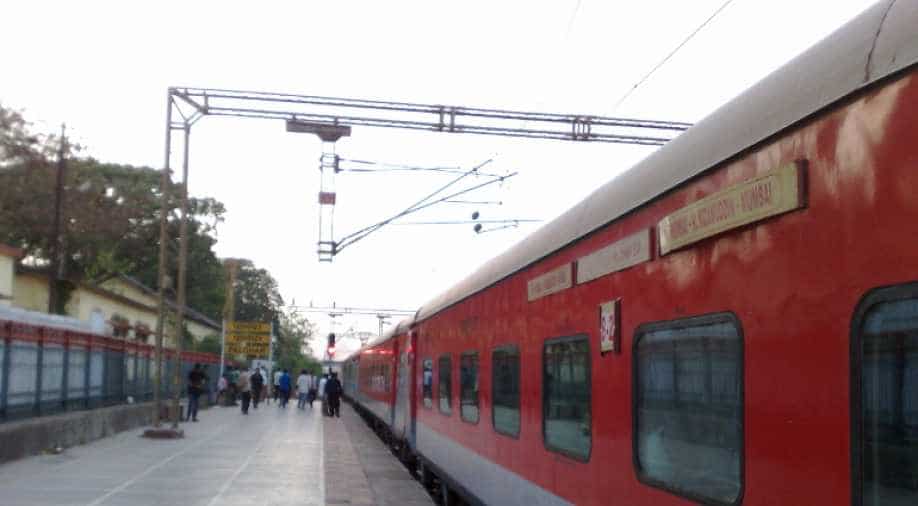 The trial will go on for three months. Image source: Wikimedia Commons Photograph:( Others )

The train service, which will commence from October 16, will take two hours less than the time taken by the existing Rajdhani trains ||The AC two-tier passenger fare on the Delhi-Mumbai August Kranti Rajdhani can go as high as Rs 4105 but the AC two-tierfare on the new train will be Rs 2925

The Indian Railways said on Saturday that it is introducing a "special Rajdhani" train which will run from Delhi to Mumbai and will take two hours less than the time taken by the existing Rajdhani trains.

The train service, which will commence from October 16, will run on Wednesdays, Fridays and Sundays at 4.15 pm and will reach Mumbai at 6.10 am the next day.

"It's a trial movement, so we have started it for three months and it will be reviewed after three months," Railway Board chairman Mohammed Jamshed told ANI.

The Railway Board chairman said that the base fare of the train will be 20 per cent higher than the existing Rajdhanis, but will not have flexi fare system.

"It will have three stoppages between Delhi and Mumbai at Kota, Surat and Vadodra and will work on two engines," said Mohd Jamshed.

The train between Nizamuddin Station and Bandra Terminal will have "specialised" catering facilities, where the passengers can choose to not opt for the catering services.