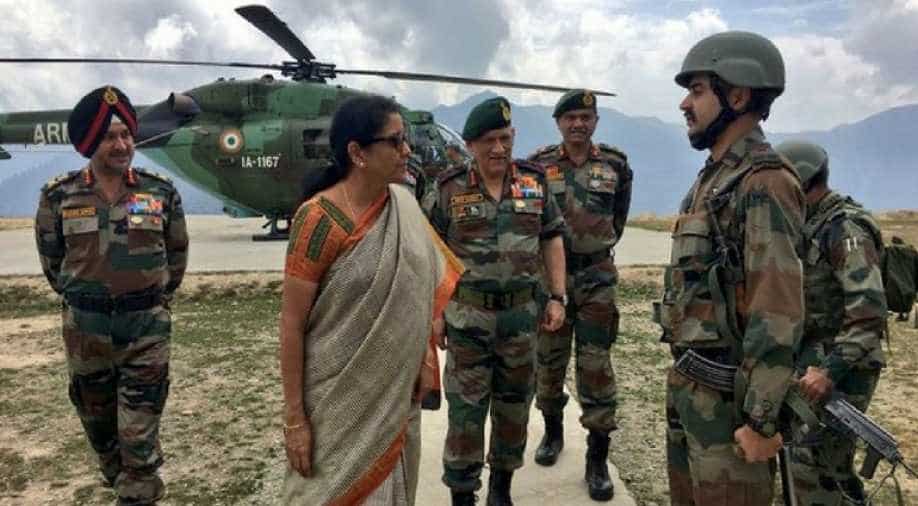 Defence Minister Nirmala Sitharaman, along with Army Chief General Bipin Rawat, on Sunday visited the Balbir Forward Post in Jammu and Kashmir and met troops of the 28th Infantry Division. She became the first Defence Minister ever to visit the post.

Sitharaman also held discussions with Jammu and Kashmir Governor Satya Pal Malik at the Raj Bhavan in Srinagar. She was received by the Governor on her arrival. The Defence Minister extended her warm greetings to Malik on his appointment as the state governor, an official statement read.

The two also discussed several important inter-related issues concerning the effective management of internal and external security, particularly in the context of increasing attempts at infiltration and the ongoing anti-terrorist operations. 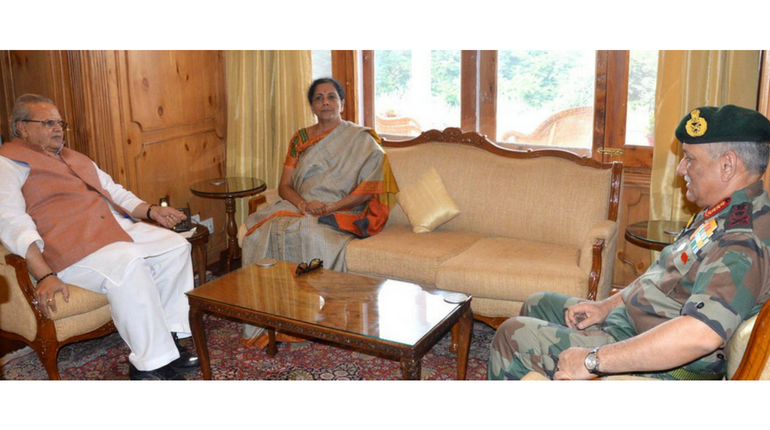 Sitharaman and Malik also held detailed discussions on the urban local bodies and panchayat elections, which will be conducted in the months of October to December this year.

They also underscored the crucial need for strengthening and the maintenance of vital road networks and strategic connectivities in Jammu and Kashmir, particularly in the Ladakh region.

Malik lauded the Northern Army's working in total coordination with the civil administration, state police and central armed forces for ensuring safety and security of the people.

Meanwhile, Director General of Police, Shesh Paul Vaid, also met the Governor and briefed him about the internal security situation in the state and about various welfare schemes of the Jammu and Kashmir Police instituted for its personnel.