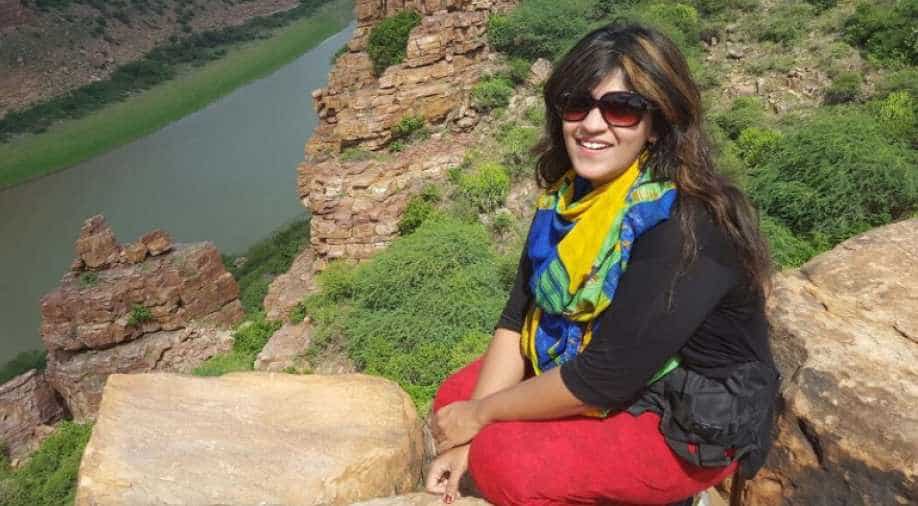 Sana Iqbal undertook a solo motorcycle expedition across the country to raise awareness about suicide and depression. Photograph:( Facebook )

Shaheen Khan alleged that Sana's estranged husband Abdul Raheem and his mother both killed her daughter and that his mother was also present in the car. when the accident took place ||Sana's mother alleged that Abdul forced her to undertake the road journey with him and refused to take their son along

Shaheen Khan, the mother of cross country woman biker Sana Iqbal who was killed in a car accident on Tuesday, has alleged that she was murdered by her husband and her in-laws.

Ms Khan alleged that Sana's estranged husband Abdul Raheem and his mother both killed her daughter and that his mother was also present in the car, ANI reported.

She also alleged that Abdul Raheem physically abused Sana and forced her to undertake the journey with him at 2 am and refused to take their son along.

"I am sure that his mother was also present in the car, they both killed my daughter Sana. Abdul Raheem (Sana's husband) has broken my daughter's hand and a leg. He allegedly also bit her ear. He did all mischief and projected it as an accident. Although it was not an accident, we are sure that it was a murder, not an accident," Shaheen Khan told ANI.

"In the midnight at 2 am Raheem forcibly took Sana with him. She was taking her son along with her but her husband refused to bring him and asked her to come alone. After going with him, he finished all in half an hour," she added.

Sana suffered severe head injuries and was declared dead while undergoing treatment at a nearby private hospital.

Sana's husband, Abdul Nadeem, who was travelling with her, was injured in the accident that took place on the outskirts of Hyderabad at 3.30 am, police said yesterday, adding that a case under IPC section 304A (causing death by negligence) and other relevant sections has been registered.

Sana, 29, made news a few years ago when she undertook a solo motorcycle expedition across the country to raise awareness about suicide and depression.

The focus of her campaign was to educate people, particularly students, against committing suicide.

Sana covered 38,000 km on her Royal Enfield during the 2015 mission.A placard on her bike's rear read: "Solo ride across India by a woman on bullet  Suicide is not the solution."

She was pursuing a Masters in Psychology and was also counselling people with depression.