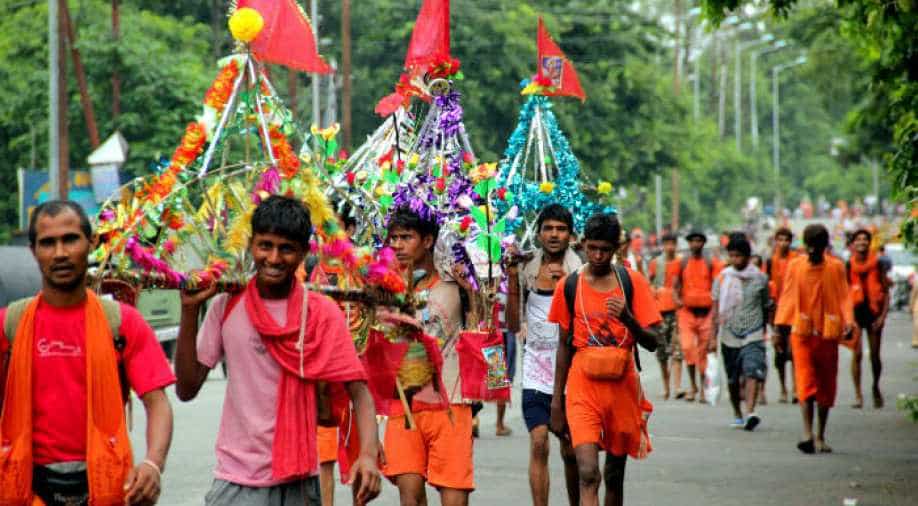 A Muslim man, who took part in Kanwar yatra, was allegedly stopped from offering Namaz at a mosque here, prompting the police to arrest three persons in this regard.

“I had gone to Haridwar as a Kanwar and offered water at the temples. On Friday, when I went to a mosque, some people assaulted me and stopped me from offering Namaz. They even forced me to run away from there,” Babu Khan said in his complaint registered with the police.

Khan, a resident of Racharh village of the district, alleged that after he was beaten up, his wife and children went to their relatives.

When contacted, inspector Devendra Bisht said, “On the complaint lodged by Babu Khan, three persons have been arrested for disrupting peace, while another person is absconding.”

Police along with prominent citizens of the area are making efforts to resolve the matter through talks. At present, the atmosphere in the village is absolutely peaceful, Bisht added.

The accused persons, however, alleged that Babu Khan was trying to enter the mosque in an inebriated state and hence he was stopped from entering.

Meanwhile, district president of Hindu Jagran Manch Deepak Banmauli said, “The Manch is with Babu Khan and if anyone harasses him then we will not tolerate it.” In the Hindu holy month of Shravan, Kawariyas (devout pilgrims carrying Ganga water) offer prayers at Shiva temples.