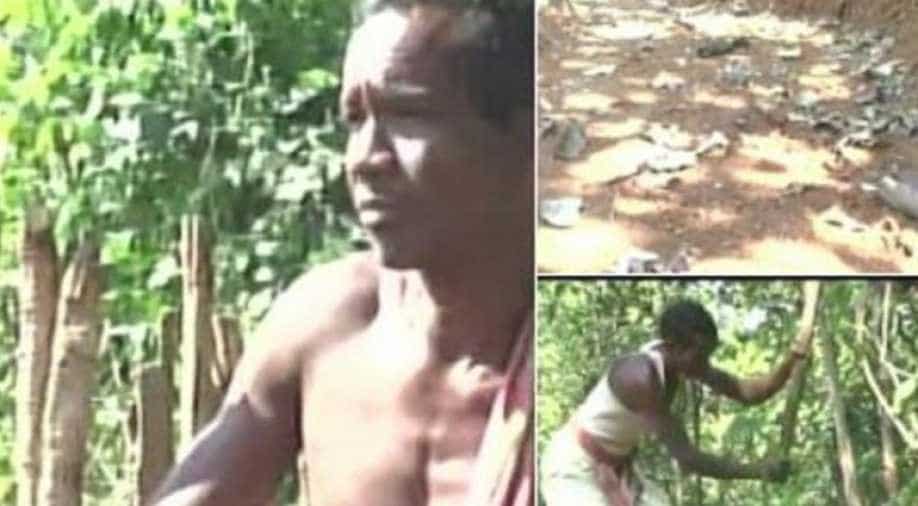 Jalandhar Nayak is making that road for children to easily cross the road to reach school in Phulbani. Photograph:( ANI )

Nayak is trying to construct an eight km long road to connect his village Gumsahi with the main road in Phulbani town of Odisha's Kandhamal district.

He is making that road for children to easily cross the road to reach school in Phulbani.

SK Jena, the Block Development Officer has also assured that he would provide all the facilities to Nayak.

ANI quoted SK Jena saying, "It is almost an inhabitable area where he lives, we had earlier invited him to come and live in the city but he refused. Our support is there for him, whether he will be felicitated or not, has not been decided yet."

Jalandhar Nayak is a vegetable seller by profession and said that as he had never been educated himself he wants his children to have proper access to the educations and seeing his children having a hard time in crossing the area, inspired him to take this step himself.

Because of the difficulties other people residing in the village face, they shifted to other places. Only Nayak's family is left at the village

(With Inputs from ANI)